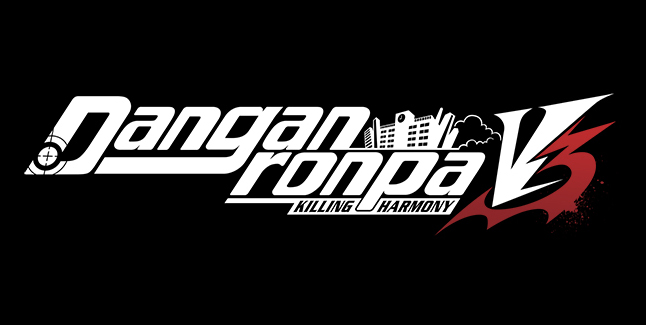 Here are details about each character:

• Korekiyo Shinguji (Ultimate Anthropologist) – Korekiyo has traveled around the world, studying many different cultures as part of his anthropological research. His travels have instilled in him an appreciation for the “beauty of humanity.” For this reason, he observes his classmates with great curiosity, eager to see what sort of beauty they will produce given their unique situation. Calm, collected and intelligent, Korekiyo’s mannerisms and appearance can nevertheless be quite unnerving to some. Even his ethics and morality may be a departure from what one might consider normal.

• Tenko Chabashira (Ultimate Aikido Master) – Tenko is a practitioner of Neo-Aikido, a martial art that she created alongside her master by reimagining the style of traditional aikido. To say she merely dislikes men is an understatement. As an androphobe, Tenko refers to all men as “male degenerates.” Though compliments from a woman will make her heart aflutter, the same compliment from a man could result in him getting thrown across the room. Tenko does not hide her emotions well, and she has a tendency to overreact to situations in an exaggerated manner. She also has a habit of yelling at the top of her lungs. Though she claims it helps bolster her fighting spirit, her frequent shouting often strikes others as incredibly obnoxious.

• Kirumi Tojo (Ultimate Maid) – A calm, dignified young woman of sound mind and peak physical fitness. Kirumi made a name for herself while working as a part-time maid, earning a reputation for fulfilling to perfection any request made of her. However, she refuses all requests made by corrupt individuals. As a maid, Kirumi embodies the philosophy of selfless devotion. Even while trapped in the Ultimate Academy, she continues to serve her classmates almost on instinct, such as by preparing meals and doing chores.

• Maki Harukawa (Ultimate Child Caregiver) – Raised in an orphanage, Maki did not seek out the role of child caregiver but instead had the role thrust upon her. For this, she was recognized as the Ultimate Child Caregiver. But despite her title, Maki’s not particularly caring or friendly. And though children are fond of her, she personally can’t stand them. Despite her cute appearance, Maki is a hostile misanthrope of few words, and rarely cooperates with her classmates. Nevertheless, she is willing to take action when it suits her.

• Monophanie (Monokumba Kub) – The only female member of the Monokubs. She is the kindest member of the group, and has a weak stomach for gore and violence. When the Monokubs squabble among themselves, Monophanie will try to smooth things over, only to end up joining the quarrel anyway. She can be cute and endearing at times, though. Sometimes she’ll suddenly nod off, while other times she’ll suggest changing the killing game to something less violent.

Danganronpa V3: Killing Harmony is due out for PlayStation 4 and PS Vita on September 26 in North America and September 29 in Europe, and for PC via Steam worldwide on September 26.