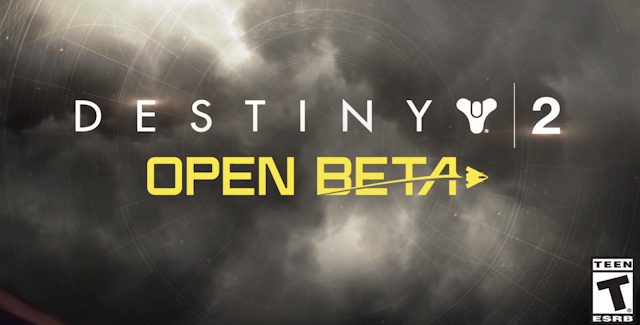 This Destiny 2 Beta Walkthrough shows Destiny 2 Open Beta gameplay with co-op team voice-over tips by Destiny gurus Brian & Ed. They will guide you through the beginning to ending moments of gameplay with strategy tips for this online first-person shooter game beta on the PS4, Xbox One & next month PC.

Included in the Destiny 2 Beta is a story mission called Homecoming, 2 PVP Crucible maps Midtown and Endless Vale on the Countdown and Control game modes along with one co-operative strike called The Inverted Spire.

The full Destiny 2 Beta walkthrough is being livestreamed here:

• “Homecoming” Story Mission Synopsis: Humanity’s last safe city has fallen to an overwhelming invasion force, led by Ghaul, the imposing commander of the brutal Red Legion. He has stripped the city’s Guardians of their power, and forced the survivors to flee. You will venture to mysterious, unexplored worlds of our solar system to discover an arsenal of weapons and devastating new combat abilities. To defeat the Red Legion and confront Ghaul, you must reunite humanity’s scattered heroes, stand together, and fight back to reclaim our home.

• “The Inverted Spire” Cooperative Strike: The Cabal awoke something deep beneath Nessus’ surface… Infiltrate an enemy stronghold alongside two other Guardians to takedown all active threats. Fight alongside your friends, or matchmake with other players.

• “The Crucible” PVP Competitive Multiplayer: Put your competitive skills to the test in 4v4 matches against the most dangerous enemy of all, other players.
– Countdown: Attack and Defend objective gametype with Elimination rules. This is live-fire Crucible training with captured Cabal explosives. Plant or defuse the bomb. Teams switch sides after each round. The first team to six points wins the match.
– Control: Teams compete to control objective zones which grant additional points when defeating opponents. Reaching the score limit or having the highest score by time limit wins the match.

Thanks to Bungie & Brian for the beta’s walkthrough tips and videos.