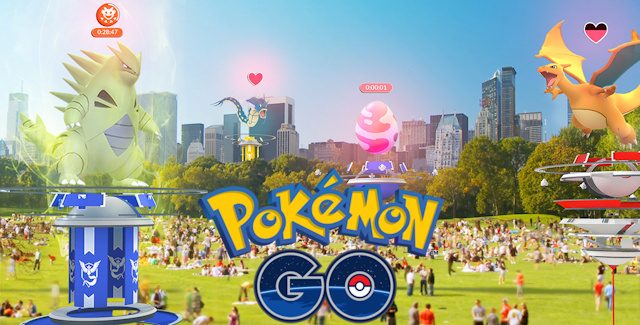 On this page you’ll get Pokemon Go Raids Explained in a Strategy Guide! Learn how Raids work, how you can participate, strategies how to maximize your chances of catching a Raid Boss, and everything else you need to know about Raids in Pokémon Go!

In this video guide Nick explains step-by-step how to do Pokemon Go Raids:

In order to complete all Raids you encounter you must follow the steps as outlined in the handy guide above.

Raids are easily the best content addition to Pokémon Go since launch, so you won’t want to miss out on the fun!

Raid Battles, the brand-new cooperative social gameplay experience, have arrived and will soon be available to everyone. Trainers will have the opportunity to team up with others nearby and work together to defeat extremely powerful Pokémon known as Raid Bosses. Raid Battles are timed in-game events that will temporarily take over a Gym, providing Trainers from all teams the chance to visit the Gym and group up together to challenge the Raid Boss and potentially earn special new items along with an opportunity to catch these Pokémon. Friends can also create Private Raid groups via a customizable code system that allows Trainers to invite their friends to a specific Raid group.

Please check out our other “How To” guides to enjoy Pokemon Go more! 😀