Beyond Good and Evil 2 Trailer Breakdown by Creator Michel Ancel 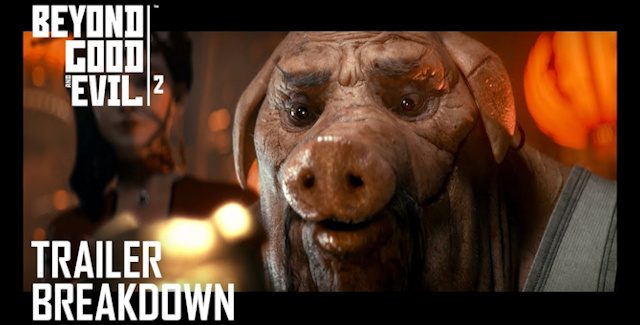 Get ready for the best of all the BG&E2 first trailer breakdowns, Ubisoft has released a Beyond Good and Evil 2 Trailer Breakdown by the game’s creator Michel Ancel! 😀

Michel Ancel joins Chris Watters to give a scene-by-scene breakdown of the E3 2017 trailer for Beyond Good and Evil 2:

System 3, as it turns out, is a place where limited resources are viciously warred over by various private enterprises. The struggle for survival amid a rich milieu of evolved species and diverse cultures from Old Earth creates an ideal environment for space piracy, as a new generation of captains rise up to carve out a piece of the galaxy for themselves.

As you rise from lowly pirate to legendary captain, you’ll traverse System 3 at light speed to explore freely on your own or with friends. Presenting its solar system as a massive, seamless online environment, Beyond Good and Evil 2 gives players the chance to dive into the foundations of the franchise’s universe while traveling between diverse planets and moons in search of adventure.”

“We know the expectations for Beyond Good and Evil 2 are enormous!” -Michel Ancel

“We know the expectations for Beyond Good and Evil 2 are enormous,” says Creative Director Michel Ancel. “We’re creating a sci-fi space opera, a game where players fight for freedom alongside unforgettable characters and explore a stunning and vast solar system, all while capturing the spirit of Beyond Good and Evil.”

Ancel wants your help to do it, too. The Beyond Good and Evil 2 team at Ubisoft Montpellier is looking for fans to help by sharing ideas and feedback, and encourage players to sign up now for the BG&E2 Space Monkey Program.

Are you excited for Beyond Good and Evil 2?