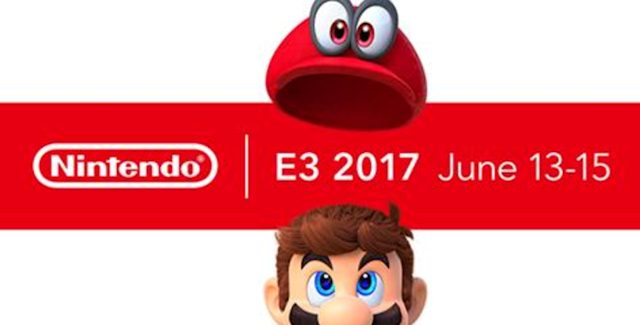 The E3 2017 Nintendo Press Conference is just a Treehouse Live this year. The broadcast aired today, and has revealed brand new information about Nintendo’s Switch & Wii U game lineup. Nintendo’s E3 2017 keynote conference started on June 13th at 9:00AM PDT (Pacific USA) / 12:00PM EDT (Eastern USA) / 5:00PM BST (London) / 2:00AM AEST (Sydney, Australia) opens for 30 minutes with a spotlight and the livestream continues afterwards for 3 hours all day and again the 2 days after. What follows is a bulletpoints roundup…

• Rocket League confirmed for Nintendo Switch in the opening teaser. Full trailer will be shown later in this digital conference.

• Xenoblade Chronicles 2 CGI & battle trailer shown, as the main duo (Rex and his new friend Pyra) aim to travel to Elysium without using her Eagis power. With her home Elysium, being the ultimate paradise for all of humanity. — Coming Holiday 2017.

• Kirby for Nintendo Switch announced with debut trailer! Looks like a 1 to 4-player platform game. Recruit enemies as helpers, use Kirby copy abilities such as Sword, Fire and Water, and join forces with up to three friends for a different kind of team-up action. — Coming in 2018.

• Pokken Tournament Deluxe has new characters by The Pokemon Company. — Coming to Switch on September 22nd, 2017.

• Main Pokemon Game for Switch announced for Switch! A core Pokemon title is in development at Game Freak! — Still a year away. — Coming in 2018.

• Metroid Prime 4 announced for Switch! All that’s shown is the game logo, nothing else, but at least it’s coming! All Nintendo said was “Metroid Prime 4 is currently in development for Nintendo Switch.”

• Yoshi for Nintendo Switch announced with debut trailer! It’s a 1 to 2-player popup-book & Wooly World style action-platform game. Explore a great big world decorated like a miniature diorama, look for items throughout the stages and team up with a friend in a new art style for the franchise. — Coming in 2018.