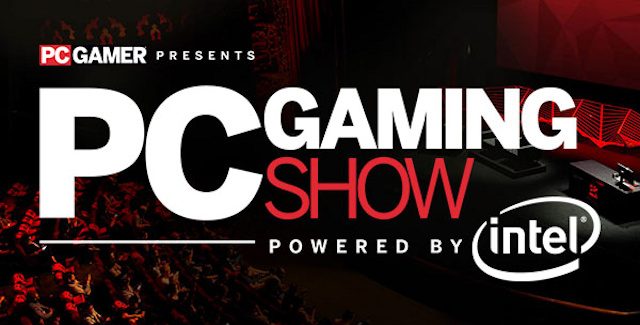 • XCOM 2: War of the Chosen expansion trailer shown. 3 Purple aliens “the chosen” looking to fight the human resistance. Unite 3 factions that hate each other. Twice the size of the previous XCOM expansions. — Coming to PC, Xbox One & PS4 on August 29, 2017.

• Battletech gameplay trailer shown as turn-based tactical mech game by Hairbrain Schemes (of Shadowrun Returns fame). Go to Battletechgame.com to sign up for the beta.

• Warhammer: Total War 2 footage shown. Four new factions in the sequel. It’s the second game in the trilogy. Pre-orders get you a New Race Pack for the first game. — Coming to PC on September 28th, 2017.

• Destiny 2 was part of the Intel talk to announce it’s got 4K graphics on PC and that Bungie are optimizing the engine to use the Intel multi-core processors!
Ready At Dawn’s Echo Arena VR game on Oculus Rift for free thanks to Intel. They are organizing the VR challenge in the VR Challenger League and win VR prizes via @IntelGaming.

• Sea of Thieves on show. Developer Rare reveals Windows 10 PC version is built up from the bottom, will have unlocked framerate & 4K graphics. Technical alpha signup at seaofthieves.com. — Coming early 2017.

• The Last Night is a cinematic platformer with an Oddworld style & pixelart graphics. With real-time puzzle solving. Takes place in an AI-powered futuristic yet dreary world where humans have nothing to strive for. — More info at the oddtales.net website.

• Wargroove shown from the Stardew Valley creator. New trailer shows 12 campaigns in the turn-based tactical strategy title (looks like Fire Emblem & Advance Wars). Has local & online multiplayer for up to 4 players. It’s got mod support and map editor that comes with a few pre-built scenarios that includes branching path options! You can share your maps and go online to download other people’s maps. — Coming to PC, Switch & Xbox One in 2017.