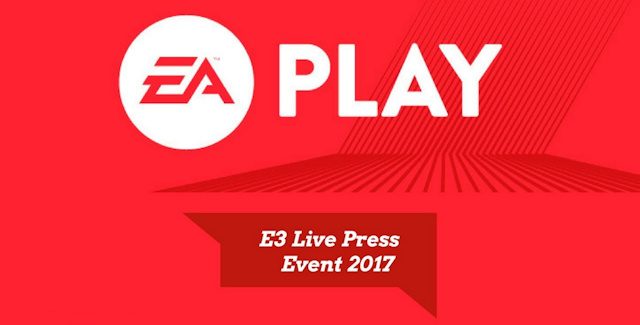 Exciting surprises this year were: A Way Out, Anthem, Need for Speed Payback, Star Wars Battlefront 2. – Along with further reveals for Battlefield 1, FIFA 18 and other yearly EA sports games.

• A Way Out announced! EA Originals program shows off more indie games. Brothers: A Tale of Two Sons Swedish developer announced their new game A Way Out with a teaser trailer. It’s got a prison breakout scenario for the split-screen-only CO-OP adventure, either online or on the couch. Gameplay footage shows one player can continue the game as another is watching a cutscene, the screen can be split both horizontally and vertically for a filmic effect as you tackle objectives to escape the prison. — Coming in Early 2018.

• NBA Live 18 first look shows quick gameplay dunks. Authentic NBA experience with “The League” & “The Streets One” mode has you facing off against basketball legends. For EA you are ‘the one’. — Free demo with solo, co-op & online multiplayer coming in August 2017 with progress carrying on to the full game coming in Fall 2017.

• EA Access on Xbox One & Origin Access on PC are free for a week again this year. These apps let you download & play lots of older EA games for a week all of the coming week.

• Star Wars Battlefront II story mode shown off. Actress Janina Gavankar plays a Stormtrooper commander who means serious business and is sent on an odd mission involving the Sith Emperor. The story bridges Star Wars: Return of the Jedi & The Force Awakens. 3 Times the content of the first game. Couch co-op is back, and more heroes & planets & spacebattles in the online multiplayer, with content from all Star Wars eras. Multiplayer gameplay video shows action-packed Sith VS Jedi battles. Star Wars star John Boyega introduces Finn & Phasma to the game as part of the first season of free content. Ends with 20 VS 20 battle. — Game coming in November 17th, 2017.