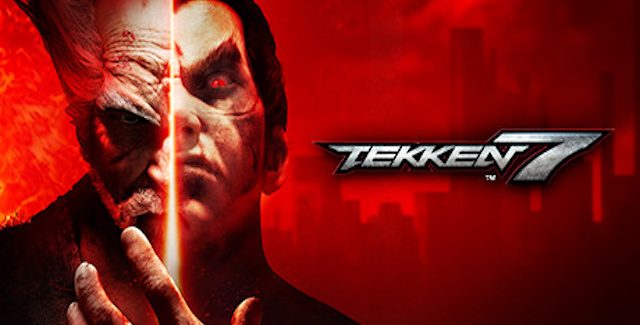 This Tekken 7 walkthrough will guide you through the basics and advanced techniques in gameplay with strategy tips for this fighting game on the PS4, Xbox One & PC.

Let’s start the Tekken 7 walkthrough with the story introduction video!
Some fight for honor, duty, revenge, or debts that can never be paid. The Best Fights are Personal and every obstacle on the way will define you. Get ready for the next battle with the best-selling fighting game series!

Please note that viewers must be at least 13 to watch, so no harm comes to those with innocent eyes. This game includes Alcohol Reference, Crude Humor, Mild Blood, Partial Nudity, Sexual Themes, Violence.

Discover the epic conclusion of the Mishima clan and unravel the reasons behind each step of their ceaseless fight. Powered by Unreal Engine 4, TEKKEN 7 features stunning story-driven cinematic battles and intense duels that can be enjoyed with friends and rivals alike through innovative fight mechanics.

Love, Revenge, Pride. Everyone has a reason to fight. Values are what define us and make us human, regardless of our strengths and weaknesses. There are no wrong motivations, just the path we choose to take.

Raise your fists and get ready for the ultimate battle on the next generation of home consoles. Powered by the Unreal Engine 4, the storied fighting franchise returns for another round in Tekken 7. With the faithful 3D battle system and gameplay intact, Tekken 7 takes the franchise to the next level with photo-realistic graphics and new and innovative features and fighting mechanics. Tekken 7 resurrects the attitude, competitiveness and showmanship rooted in its arcade DNA to provide the ultimate fighting game experience.

This introductory video features a walk-through of some of the basic moves and strategies for Tekken 7.

Join the Level Up Your Game crew as they talk about movement, game mechanics, offensive/defensive strategies for a total of 10 beginner tips and tricks to use when you play with your friends, be it local or online.

Tekken 7 is an immersive 3D fighting game that tests a player’s reflex, skill and mental prowess within the environmental battlefield of game play. One of the most basic of all skills you’ll need to make use of in T7 is MOVEMENT.

Movement itself is the easiest concept to grasp within the game system, however it can also become the most critical in terms of execution, knowledge and application. The way you move in TEKKEN can create opportunities for you to demolish the opposition or it can limit the amount of risks when going into unknown territory. There are so many factors when it comes to the game play and movement, so let’s start with the basics.

3D SPACE
TEKKEN 7 allows you to move around on the playing field seamlessly. Whether you’re sidestepping to evade, dashing forward to advance or holding back to defend, the controls in TEKKEN allow you to truly immerse yourself in the virtual space within the fight. The basic movement controls can be seen below.

STANCES
In the Movement Guide video you can see different stances from characters like Hwoarang and Xiaoyu. These stances add unique movement and move list properties to the mix. As with the move list, it’s important to know the options you have from specific stances. Take note that certain stances will give you access to more moves but prevent you from using ones from your natural stance. Keep that in mind as you battle against the opposition.

MOVEMENT
u Up
d Down
f Forward
b Back
N Neutral
f,f Forward Dash
b,b Back Dash
SS Side Step
SSL Side Step Left
SSR Side Step Right
SW Side Walk
SWL Side Walk Left
SWR Side Walk Right

SPECIAL MOVEMENTS:
Many characters have special movement options such as a crouch dash, a sway back, or a special sidestep. These movement options often lead towards attacks and move options that you normally don’t have access to from the standing position. It is important to know your character movement and move list options and explore their use when picking your arsenal of moves to use when playing against opponents.

RAGE SYSTEM
Rage system has been in TEKKEN for a few iterations now and is seeing it’s biggest change with TEKKEN 7. When in Rage, your character has a red aura engulf their bodies and the character life bar starts flashing red — this occurs when you have 20% of your life bar remaining in the round.

When in Rage your character will inflict more damage with each successful blow to your opponent. This is important to keep in mind as you mount your (hopeful) comeback. In TEKKEN 7 being in Rage will give you access to new options: Rage Art and Rage Drive.

RAGE ART
At first glance the Rage Art looks much like a ‘super move’ in other fighting games — it’s flashy, super powerful & can power through attacks. The Rage Art system is refined and at the highest levels can instill an insane level of mind games between you and your opponent. It should be noted that most Rage Art attacks (depending on the character and properties) are not safe. Generally any Rage Art that hits mid will be punishable, unless it comes out of stance (Hwoarang for example; which takes longer to activate). The ones that cover a specific range, such as high (will not hit ducking characters) tend to be safer (Jin, Steve and Alisa for example). It’s important to know the range, use and properties of your Rage Art, in order to maximize it’s efficiency. Much like a power crush, you can absorb enemy attacks with a rage art, as long as you have the life left to do so. But with Rage activating at 20% or less of your life bar, there’s only a limited amount of hits you’d be able to take — so take precaution!
One of the most common uses or Rage Art is to do it after a combo or a screw (as in the video above), although take into consideration that the raw damage (if landed) is much more powerful than a scaled down combo (the more hits prior to landing the Rage Art, the less damage overall).

RAGE DRIVE
A bit more tactical in it’s use, the Rage Drive is an extra powerful attack that has a multitude of uses per character. For some characters it’s an ultra powerful launcher (when it hits) or a great starter for a mix up potential (when it is blocked). It’s important to experiment and find the strengths for each Rage Drive and the situations they can be used in. You can even use some Rage Drive attacks to steal a round if your opponent blocks it by the wall (see above video; Paul vs Feng Wei)!
Rage Drive moves do not have the armor properties of Rage Art or Power Crush moves, so please keep that in mind when using them.
One important thing to remember for both Rage Art and Rage Drive is that you have one chance to use them per round (and you can only pick one)! Once you’ve exhausted your option, you will lose Rage (and added damage bonus) and the ability to use the Rage Art/Drive options until the next round. Have fun experimenting!

The ‘Power Crush’ is a new system mechanic which was first introduced in the original arcade release of TEKKEN 7. As its’ name subtly states, the specific moves are designed to crush through attacks by powering through them. It is important to keep in mind that a ‘Power Crush’ will beat and armor through most mid and high ranged attacks, but will lose to low attacks and throws. Each character has a unique set of ‘Power Crush’ tools and attributes — It is important to know the range, speed & properties of your character’s specific power crush, to maximize it’s effectiveness.
Use the ‘Power Crush’ to turn the momentum in your favor. Be aware that not all ‘Power Crush’ moves are safe, in fact, some are very punishable. Keep that in mind as you use this new system tool in your journey to becoming a TEKKEN master!

This walkthrough guides you through the general playstyle, strengths and weaknesses of Kazuya Mishima in Tekken 7. It begins with a general overview of the playstyle before breaking down some the character’s most important moves and highlighting some of the combo potential.

After finishing the main story, you’ll unlock a Special Chapter, featuring Kazuya and Akuma in a final match.

Tip To Beat Akuma: One easy strategy is to spam L1+X on PS4 / LB+A on Xbox One all the time. This move gets you close to Akuma and lets you jump over projectiles. By spamming just this move I had about 50% success rate on lowest difficulty. It doesn’t work everytime, but doesn’t require any skill either. After draining Akuma’s health bar keep pressing R1 on PS4 / RB on Xbox One very quickly to activate your Rage Art. Otherwise, Akuma will instantly kill you.

Since the remaining character’s stories are a part of Story Mode, that means that while you’re playing through the story you unlock more and more Character Chapters. These are very short and consist of only one fight with an ending scene. After beating the Story Mode once you’ll have unlocked them all, so then simply select Story Mode from the Main Menu and press R1 on PS4 / RB on Xbox One to switch to Character Episodes.

Thanks to Namco Bandai Games’ Tekken 7 Site, Level Up Your Game, COG Inc & Powerpyx for the walkthrough videos.