Netflix will release its Castlevania animated series on July 7, the entertainment company announced.

As previously detailed by Netflix, Castlevania is “a dark medieval fantasy following the last surviving member of the disgraced Belmont clan, trying to save Eastern Europe from extinction at the hand of Vlad Dracula Tepe himself.” 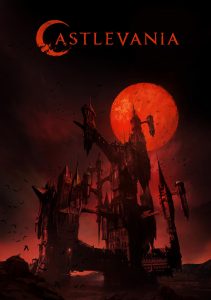 
Season one of Castlevania will consist of four, 30-minute episodes. A second season will air in 2018.