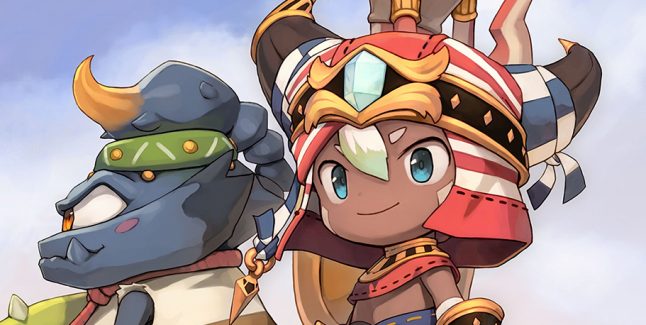 Nintendo has released a two-minute gameplay trailer for Ever Oasis introducing the action RPG’s Qarr Dunes and Bahar Hill fields.

Check Out the Ever Oasis Field Introduction Trailer:

So draw a line in the sand and fight to protect it! As you explore the desert and solve puzzling dungeons, you’ll gather resources to build up your oasis with the water spirit Esna. Allies will join your cause, so equip them with weapons, and use their skills to slay towering bosses.

The Ever Oasis game is a new action-adventure RPG grown from the ground up by Koichi Ishii, creator of the Mana series and producer at Grezzo, the studio that rebuilt multiple The Legend of Zelda games for the Nintendo 3DS family of systems. Their team has crafted puzzles and traps too perilous for one hero to solve. So recruit a party of allies and level up their stats to learn new battle skills. Then return to your oasis and restore it: choose which shops to build, stock their inventories, collect a share of the profits, and keep villagers happy by fulfilling requests. Before long your oasis will blossom into a beacon of hope for all walks of life in the desert. Don’t let them down.

• Allies have innate skills and battle skills, which level up as your oasis grows, along with stats

Ever Oasis is due out for 3DS on June 23 in North America and Europe, and July 13 in Japan.