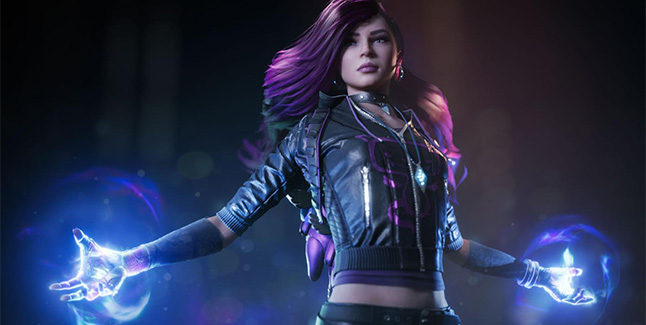 Epic Games has announced its next major update for its third-person PlayStation 4 and PC MOBA, Paragon, which is now available in free open beta.

Check Out the Paragon’s Phase Trailer:

Available as a free update on Tuesday, May 16, “The Age of Intellect” update (v.40) brings a new Hero to the mix, reworks for several popular Heroes, changes to several cards, new ways to earn in-game rewards, and more. A quick overview of some updates can be found below, and more in-depth information and the full release notes can be found here.

Phase began to exhibit powers at a young age and was sent to Tryon Industries for special “care”. When the other subjects staged a break out, she joined the cause. Once free, she hid her powers blending in with everyday life in Omeda City, until that is, she was led to Agora.

Unleash your ally’s true potential with extraordinary abilities that can only be harnessed through the power of Phase. Link to your allies and empower them to fight longer, harder and more fiercely than you ever thought possible.

Several popular Heroes have been reworked or changed in ways that improve usability, and will change how players approach the battlefield. Some of the oldest Heroes like Steel and Murock have had kit updates to make them more viable in combat; even some newer Heroes like Shinbi has seen changes to unlock her full potential.

While Paragon’s card system is being completely reworked, Epic continues to update existing cards to reflect the general direction for the future. This includes several reworks of niche cards alongside updated functionality and balance across the full library.

Additionally, Monthly Vault Rewards have been added, the Jungle sees a number of gameplay-impacting changes, and so much more.