Home » Guides » PS4 Guides » How To Unlock All Injustice 2 Characters

How To Unlock All Injustice 2 Characters 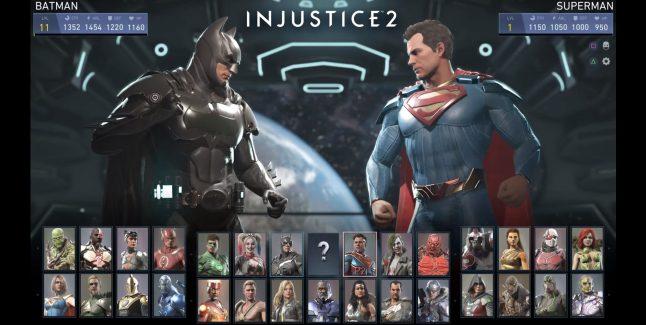 How to unlock all secret Injustice 2 characters? That question will be answered in this guide that shows you how and who to unlock to get the full roster.

The initial roster available from the get-go (all 27), includes 1 unlockable character & 1 pre-order bonus or $6 paid DLC character. And the Injustice 2 characters select screen has room for plenty of bonus characters, 9 more are promised as part of a season pass.

How To Unlock Characters In Injustice 2

Developer NetherRealm Studios has confirmed 10 more — than the out-of-the-gate playable 28 characters — will be made available in Injustice 2 individually for $40 OR as a set through paid downloadable content titled “Injustice 2 Fighter Pack 1” / “Injustice 2 Deluxe Edition” to get the first 3 DLC characters (excluding the pre-order bonus Darkseid), or as part of the Season Pass DLC in the “Injustice 2 Ultimate Pack” / “Injustice 2 Ultimate Edition” for all 9 in 2017 (again, excluding the pre-order bonus Darkseid, unless you bought it before launch). These sets get you 3 or 9 DLC characters, which is $20 or $40 extra on PlayStation Network / Xbox Live.

The first four of ten DLC characters (adding up to make the fighting game’s total: 32 characters) will be available after the game’s launch week, at some point in the months after May 16th.

To unlock these downloadable new characters, you have to either meet their unlock requirements or for some buy the Ultimate Pack “Season Pass” and download each of the nine characters once they are made available. Then they will appear as part of your character select screen roster. These character release dates are to be determined, so we’ll keep you updated on this page with announcements.

Here’s a video that introduces Brainiac and shows he fits right in with this game’s roster:

Brainiac is a megalomaniacal genius who roams the universe, collecting knowledge to increase his intellectual and scientific prowess. Obsessed with establishing his superiority, Brainiac captured Krypton’s greatest cities, then eradicated what remained…or so he thought.

Here’s a video that shows Darkseid in action in-game with a character introduction:

A being of pure hate incarnate, the lord of Apokolips Darkseid demands the total subjugation of all existence. His merciless obsession has left a wake of suffering and obliteration as he seeks the Anti-Life Equation. With his invincible body, limitless strength, army of Parademons, and the annihilating power of his Omega Beams make him not only a threat to this world, but to every world within reach.

Here’s a video that shows the 3 Fighter Pack 1 DLC characters:

The first three DLC characters for Injustice 2 revealed! Batman’s second protégé, Red Hood, the leader of the Lin Kuei, Sub-Zero, and the royal exile from Tamaran, Starfire, join the fight.

– Red Hood: Jason Todd once served as Batman’s second protégé “Robin” before being brutally murdered by The Joker. Years later, the powerful healing waters of the Lazarus Pit brought Jason Todd back to life. However the power of the pit comes at a cost, and a change takes hold in Jason. He now uses mantle of the Red Hood to wage a lethal war on crime.

– Sub-Zero: Sub-Zero is a lethal cryomancer and leader of the reformed Lin Kuei clan. When Sub-Zero was younger, the Lin Kuei were corrupted and destroyed from within, staining their honor. Now serving as Grandmaster, Sub-Zero vows to redeem that honor, pledging to defend the realm from threats near, far, and beyond. In the intergalactic menace Brainiac, Sub-Zero sees a threat to all worlds, and perhaps his greatest opportunity for redemption yet.

– Starfire: As the next Queen of Tamaran, Princess Koriand’r found herself the victim of her fratricidal sister’s vengeful plot that resulted in their planet being conquered. Now a royal exile on Earth, Koriand’r uses her ability to absorb and convert ultraviolet energy as Starfire.

Note: These 6 DLC characters were not included in the Injustice 2 planning, therefore this is not on-disc DLC, since these characters reportedly did not go into development until after the full game went gold. Instead, we can expect them to treat downloadable characters just like the full fledged on-disc characters.

**How to get the free Grid Skin for Cyborg as well as 1 Diamond Box:

This next video shows all Premier Skins revealed so far, including each one’s Mirror Intro, Super Move and Victory Pose:

Who else do you want to be part of the Injustice 2 downloadable characters?