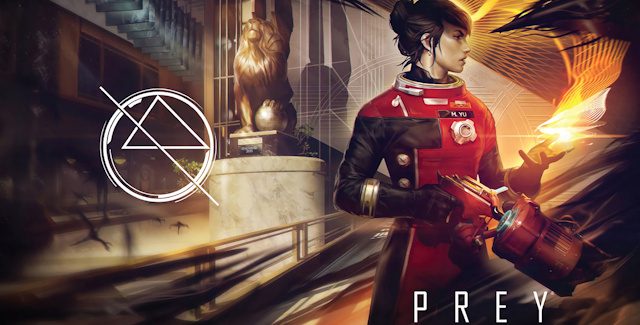 The Prey 2017 trophies guide lists every trophy for this PS4 action-adventure game and tells you how to get and unlock them all.

1. TranStar Employee of the Year (Platinum) — You acquired all the trophies.

2. Do No Harm (Silver) — You completed the game without killing any Humans.

3. I and It (Bronze) — You killed every Human on or around Talos I.

9. Know Thy Self (Bronze) — You acquired a Human ability.

10. No Needles (Gold) — You completed the game without ever acquiring any Typhon power or Human ability.

14. Deprogramming (Bronze) — You used Mindjack to free a mind-controlled Human.

15. Tee One Up (Bronze) — You killed an enemy while they were Lifted.

16. Escape Velocity (Bronze) — You blasted yourself as an object for at least 20 meters in normal gravity.

18. Thoughts Can Kill (Bronze) — You used Psychoshock on a Human.

19. Ball Lightning (Bronze) — You used Electrostatic Burst to drop two or more Operators at once.

20. TranStar Gourmand (Bronze) — You consumed one of every type of food and drink on Talos I.

Location & Requirements: This can be done in the Hardware Labs Station’s backroom called the Ballistics Lab. Get the access keycard from the body next to the door (behind the fire you can put out with the gloo gun). Once inside, walk to the back to get 2 recycler charges that you need. Throw one on the floor between the blue & white desks — throw some other junk on the floor as well to be safe — to recycle the 20 or more objects that you need.

23. Missing Persons (Silver) — You located all employees on Talos I.

25. Psychometry (Silver) — You found and listened to all TranScribe recordings.

26. A Different Side of Yu (Bronze) — You scanned your Phantom Shift duplicate with the Psychoscope.

27. I and Thou (Gold) — You completed the game in the most empathetic manner possible.

28. Intrinsic Value (Bronze) — You recycled yourself.

Location & Requirements: This can be done in the Hardware Labs Station’s backroom called the Ballistics Lab. Get the access keycard from the body next to the door (behind the fire you can put out with the gloo gun). Once inside, walk to the back to get the recycler charge that you need. Throw one on the floor near you and walk into the explosion to kill & recycle yourself!

Note: If earlier in the game you picked up the recycler shielding chipset and installed it in your suit, make sure to uninstall it before doing this Trophy.

29. No Show (Bronze) — You died to helicopter blades on your first day on the job.

Tip: Can be done at the start of the game after you put on your suit and go to the rooftop where a helicopter is waiting. The only thing to do here is to jump on the front of the helicopter and then into the blades for instant death!

30. Awkward Ride Home (Bronze) — You escaped Talos I aboard Dahl’s shuttle with only Dahl.

32. Abandon Ship (Bronze) — You fled Talos I aboard Alex’s escape pod before completing your mission.

33. Self-Incriminating (Silver) — You found out what happened to Mikhaila’s father and let her know.

34. Brain Trust (Silver) — You helped Igwe, January, and Mikhaila meet in your office.

35. Dear Future Self (Bronze) — You found and listened to all the messages you left for yourself.

Location & Requirements: This can be done during the “Speak with January” main mission that takes place in the Talos I Lobby. During this mission when you return to your office for the second to time to watch a video, you will be greeted by a flying drone called January, which you can destroy by hitting or shooting it.

Note: Make sure you don’t save / continue playing the game, instead reload the last autosave from before you killed January, as to make sure January stays alive! Otherwise you won’t be able to get the January-related “I and Thou” Trophy.

39. This Never Happened (Bronze) — You performed an apto-regressive neurotomy on Dahl.

40. Facsimile (Bronze) — You met January for the first time.

41. A Friend in Need (Bronze) — You recovered Mikhaila’s booster shots and healed her.

42. Prism Master (Bronze) — You read the entire Starbender series and don’t regret it.

43. The Gates of Hell (Bronze) — You completed the Shipping and Receiving objective and no human lives were lost.

Location: This can only be done in the “Shipping and Receiving” main mission, during the defense of Cargo Bay B. – In order to open the cargo bay door you must first do side mission “Cargo Bay Defenses” which has you place 3 turrets at Cargo Bay Bay B. As soon as you open the door, lots of enemies will come swarming out to attack you and the allied security officers.

Tips: During this attack, the turrets will do most of the work, but you should also throw a Nullwave Transmitter and shoot them with your shotgun. The faster the enemies die, the less risk they pose to your allies. None of the security officers are allowed to die during the defense!

It’s highly recommended that you play on easy difficulty for this (difficulty can be changed in game options at any time)! Enemies die much quicker on this difficulty. Also make a manual save game before placing the 3 turrets. This way you can retry as often as you like. You can also craft additional turrets if you have trouble.

44. Adrift (Bronze) — You rescued Dr. Igwe from a cargo container.

45. Black Market (Bronze) — You found all the smuggler’s dead drops.

46. You Rang? (Bronze) — You used the Psychotronics satellite to dismiss or summon the Typhon Nightmare.

47. Makeup Exam (Bronze) — You returned to the Simulation Lab and completed the tests in Rooms A, B, and C.

Tips: To get this trophy, you must have advanced far enough in the story to be able to purchase Typhon neuromods. These mods also need to be discovered. Scan enemies and you’ll get data fragments, which will let you use skills. More enemies you scan, more skills you unlock.

You need to buy the 3 basic ones in each tree for this, Those are “Kinetic Blast I”, “”Mimic Matter I” and “Remote Manipulation I”. Once you have these, head to the Simulation Labs found within the “Neuromod Division” section of Talos I.

For room A, use the kinetic blast on the blocks. For Room B, use Mimic Matter to turn into the chair. For Room C, use Remote Manipulation to press the button. If done right, all lights will be green and the trophy will unlock shortly afterwards.

Location & Requirements: This can be done during the “Through a Glass Darkly” main mission that takes place in the Hardware Labs room called Dr. Calvino’s Workshop. Once inside, look for the Dr. Calvino’s Tumbler item on top of a big red toolbox. Pick it up and take it to the opposite side of the room to put it top of a little radio console to unlock Dr. Calvino’s Secret Stash.

49. Gift to the World (Silver) — You found Gustaf Leitner’s Connectome for Dr. Igwe.

Special thanks to Bethesda, Harry94 & Powerpyx for the list, tips & guide videos.

Please comment if you have any Prey 2017 trophy unlock tips of your own. Kudos will be given. – Thanks for visiting!