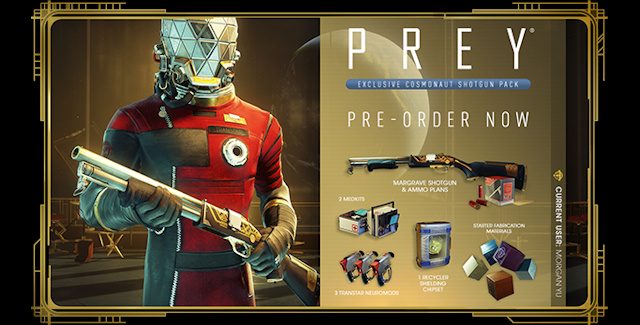 Here we will show you how to unlock all Prey 2017 codes with a cheats list that’s valid for the PC, PS4 Xbox One versions (where available).

You can do this glitch/exploit at any point in the game, as soon as you find any piece of material and a recycler. What you have to do is add the material you want more of to the recycler. Then, switch the view so you can edit what is in the recycler. Now, split the stack about 9 times (doesn’t matter how many times you do it, 9 seems to be the quickest way).

Now recycle it, and for some reason, the game thinks there was more material in there being recycled than there actually was. So you can keep doing this for any material type and have infinite of them. This is very handy for crafting, as you can craft as many items as you want, as long as you have the fabrication plans for it. To summarize:

Most keycodes on Talos I are randomly generated, changing each time you start a new game. However, there are a few codes that never change. Use the following static codes listed below to quickly unlock doors and safes.

Remaining Password Keycodes:
• Before attempting to hack a keypad or workstation, take a look around to find the remaining, randomly generated, keycodes and passwords written on nearby notes or contained within emails or audio recordings. For a complete overview, check out our “Prey 2017 Security Safe & Door Lock Codes Locations Guide” page.
• Additionally, during story objectives NPC characters will provide the rest of the keycodes and passwords.

Pre-order Prey to receive the “Cosmonaut Shotgun Pack” DLC as a bonus.

The aliens have escaped containment and taken over Talos I. But Prey isn’t only about fighting an invasion. And it’s not just an epic journey to figure out who you are, what you’re doing aboard this space station, and how you’ll save humanity from the Typhon threat.

Prey is also about the space station itself. A shining testament to mankind’s unbridled ambitions, Talos I is more than the setting for Prey. It’s also full of secrets to discover and hidden layers to uncover. But, most of all, Talos I poses a unique threat to the player all by itself.

There are no other Prey 2017 cheats on Xbox One, PS4 & PC yet. So until more are discovered, we made the handy Prey 2017 guides listed above to help you with tips and tricks for the game!

Do you know of any Prey 2017 cheats or unlockables?
Let us know in the comments, you’ll get credit for finding out. – Thanks for visiting!