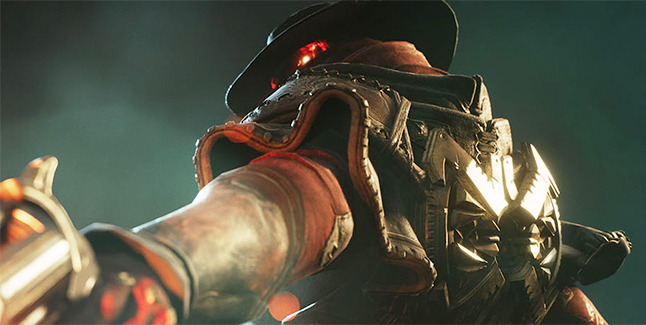 Epic Games has announced the latest Hero, Revenant, for its free-to-play PC and PlayStation 4 MOBA, Paragon.

Check Out the Paragon’s Revenant Trailer:

Revenant is an unholy melding of malevolent spirit and vicious bounty hunter. An ability Carry, Revenant relies on isolating targets and collecting bounties in order to snowball past the enemy carry.

Hand Cannon – Revenant carries a revolver with 4 rounds, upon consuming these rounds he will automatically reload.

Hellfire Rounds – Allows you to reload your weapon at any time, and passively causes bonus damage on your fourth shot.

Scar – Infuses your target with dark energy, attacking will deal bonus damage to your enemy.

Obliterate – Revenant fires a volley of projectiles which randomly target enemies in front of him.

Reckoning – Revenant transports himself and his target to the Nether Realm, where he and his enemy must duel. While there, only Revenant can see his prey and they can only damage each other. If he succeeds in killing his enemy, he collects their bounty, earning bonus card power.