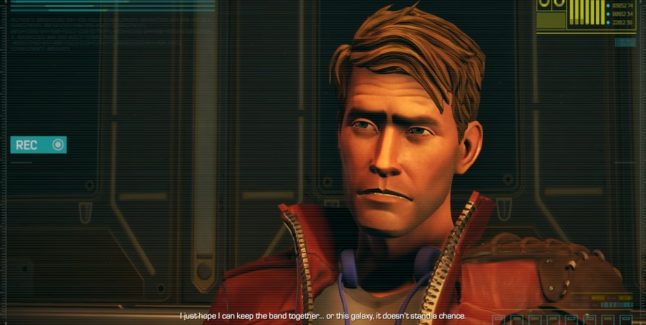 What is the Telltale Guardians of the Galaxy Episode 2 release date? Telltale Games has promised that on average with their episodic games you can expect a new downloadable episode every 5 to 8 weeks. Note that prior Telltale series took at least 9 to 12 weeks to get a second episode. However, much like Minecraft: Story Mode & Batman before it, this Marvel series has a retail disc version for Season 1 coming out next month, on May 2nd, which may also coincide with the second episode launch (it only happened this early with Minecraft). As such, it’s expected that Episode 2 (titled “Under Pressure”) is arriving on June 6th, 2017 at the latest (now confirmed!). Delays notwithstanding. Those dates are worldwide Tuesday launch dates on PC, Mac, Xbox One, PS4 & Mobile (iOS and Android)!

Watch the Guardians of the Galaxy: The Telltale Series Episode 2 preview trailer here:

Episode 2 Synopsis: “As the Guardians race to answer some difficult questions, Rocket is forced to confront his darkest memory. Their quest for answers will lead them to confront a devious criminal… and a troublesome figure from Peter’s past.”

Story quotes from the Episode 2 preview:

“Soon as Hala found out we had the Eternity Forge, we shot up to numero uno on her murder list.” -Peter Quill AKA Star-Lord

“I thought I could keep my distance from Nebula. Avoid a confrontation with her. I was wrong. Once she found out what the Eternity Forge could do. There was no stopping her.” -Gamora

• Episode 1: Tangled Up in Blue — “Thanos, the legendary Mad Titan, is the only one of the Guardians’ growing list of concerns. As villains from all corners of the galaxy come gunning for Peter and gang, the bonds of this unique family of heroes begin to strain.”

• Episode 2: Under Pressure — “As the Guardians race to answer some difficult questions, Rocket is forced to confront his darkest memory. Their quest for answers will lead them to confront a devious criminal…and a troublesome figure from Peter’s past.”

• Episode 3: More than a Feeling — “The Guardians’ fate takes a turn for the strange as a mysterious new ally appears, providing more questions than answers. Meanwhile, Gamora must decide if blood is thicker than metal when she is forced to deal with a figure from her past.”

• Episode 4: Who Needs You — “The heroes are stretched to the breaking point as Peter faces his biggest challenge as a leader of the Guardians. Even the resolute Drax is shaken to his core as the group fractures under the weight of their burdens.”

• Episode 5: Don’t Stop Believin’ — “As the galaxy is threatened once again and the stakes grow ever more personal. Peter must rally the Guardians against their greatest challenge yet: themselves.”

Season 1 Description: “Marvel’s Guardians of the Galaxy: The Telltale Series delivers a brand new story of the universe’s unlikeliest heroes, the rag-tag band of outlaws who go by the names Star-Lord, Gamora, Drax, Rocket, and Groot. In the wake of an epic battle, the Guardians discover an artifact of unspeakable power. Each of the Guardians has a reason to desire this relic, as does a ruthless enemy who is the last of her kind, and who will stop at nothing to tear it from their hands.

From Earth to the Milano to Knowhere and beyond, and set to the beat of awesome music, this five-part episodic series puts you in the rocket-powered boots of Star-Lord in an original Guardians adventure, told in the unique and award-winning Telltale style, where your decisions and actions will drive the path of the story you experience.

The Season Pass Disc includes episode one of the series, and grants access to download the remaining four episodes as they become available.”

Watch the Telltale Guardians of the Galaxy Season 1 introduction trailer:

Future Updates: This section is reserved for future updates like the Episode 2 launch trailer.

What do you think will happen on the next episode of Telltale Guardians of the Galaxy?