Drawn to Death Free for PlayStation Plus Members in April 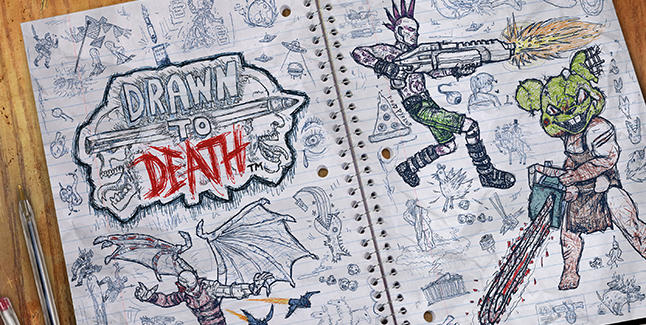 Drawn to Death, the multiplayer third-person shooter from Sony Interactive Entertainment and The Bartlet Jones Supernatural Detective Agency, will be free for PlayStation Plus subscribers in April, Sony announced.

The game, due out on April 4, is set entirely inside the pages of a high school kid’s notebook. All of the kid’s creative drawings come to life and battle it out in what is described as a “highly competitive, fast paced, online action game.” 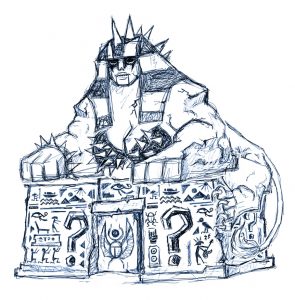 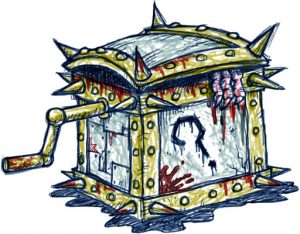 
Over at the PlayStation Blog, Dranw to Death director David Jaffe detailed five new features that will be in the game at launch:

• Sphinx Missions: Wake the mysterious Sphinx and see if you can solve her eight battle-focused riddles. For every riddle solved, a new weapon — or a new level — will be rewarded!

• Character-centric Missions: Besides leveling up characters, players will also have the opportunity to work through 15 action-packed missions per each of the six launch characters. Earn costumes and rare Taunts as you work your way through your favorite characters. Master all of the character missions and you may come face to face with the Volcano God!

• Climb the Tower: The Drawn To Death launch tower is based on the theme Dark Fairy Tales, and if you play in ranked mode, you’ll have a chance to reach the tower’s top, earning insane stickers for every floor you reach!

• Insane Mystery Special Offer: I’m not at liberty to go into detail or spoil the surprise but let me just say this: “Destroy my enemies and my life… is yours!”

Drawn to Death will cost $19.99 for non-PlayStation Plus members.