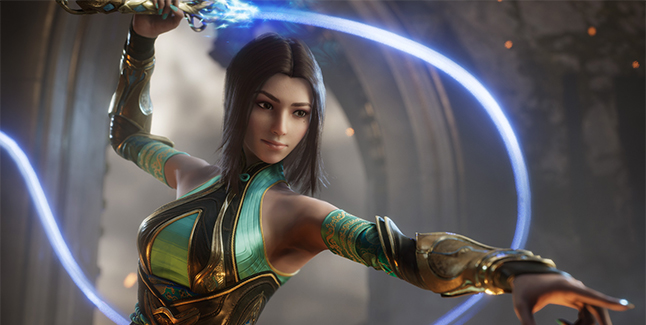 Epic Games has announced the latest Hero, Yin, for its free-to-play PC and PlayStation 4 MOBA, Paragon.

Yin (Growth, Fury) is a carry who wields a combination of her whip and wind magic to quickly dispatch her enemies. Although she came from a life of crime on the streets with Aurora, Yin rose to the rank of First Guardian of her city.

Backlash – Yin cracks her whip, dealing damage in an area in front of her. If enemy projectiles are hit by the whip, they will be reflected back towards the enemy.

Lash Kick – Yin swings her whip, pulling herself to a target, and then jumps off of their head dealing damage.

Windburn – Yin reaches with her whip, increasing the range of her basic attack as well as gaining cleave.

Quelling Gale – Yin surrounds herself in a whirlwind, displacing all enemies within range. For 5 seconds, the whirlwind will slow enemies and enemy projectiles that travel through it.