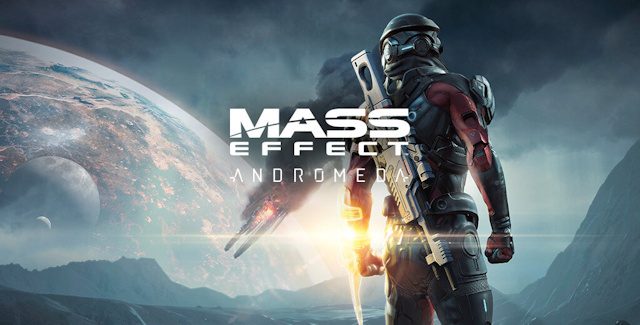 Our Mass Effect Andromeda walkthrough will guide you through the beginning to ending moments of gameplay with strategy tips for this sci-fi action-RPG game on the PS4, Xbox One & PC.

The first 4 hours of the Mass Effect Andromeda walkthrough are being livestreamed by Doug right now! Step into the boots of Ryder, meet your first squad members, take the helm of the Tempest, and explore the first planet in the Andromeda Galaxy.

Please note that viewers must be at least 16-18 to watch, in Europe & America respectively, so no harm comes to those with innocent eyes. This game includes Blood, Nudity, Strong Language, Strong Sexual Content, Violence.

Mass Effect: Andromeda takes players to the Andromeda galaxy, far beyond the Milky Way. There, players will lead our fight for a new home in hostile territory where WE are the aliens. Play as the Pathfinder – a leader of a squad of military-trained explorers – with deep progression and customization systems. This is the story of humanity’s next chapter, and player choices throughout the game will ultimately determine our survival in the Andromeda Galaxy. As you unfold the mysteries of the Andromeda Galaxy and the hope for humanity lies on your shoulders – You must ask yourself… How far will you go?

Gamerzombie will be your guide showing you around the game’s mission areas.

Prologue Objectives:
• Go through the introductions aboard the Hyperion Ark ship.
• Once Planetside locate other members of the Pathfinder team to investigate.

[Work-In-Progress: More missions coming as soon as they become available!]

Thanks to EA, Doug & Gamerzombie for the walkthrough videos.