The trailer introduces some of the game’s over 40 characters, 48 course types, items, Smart Steering feature, various ways Switch allows you to play, variety of game modes, and multiplayer.

Mario Kart 8 Deluxe is due out for Switch worldwide on April 28.

Here’s Mario Kart 8 Deluxe image gallery. Click on any of these image thumbnails to see the full-size screens: 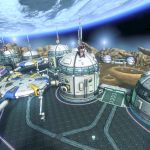 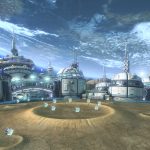 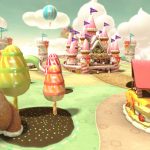 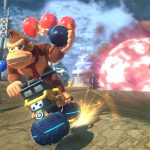 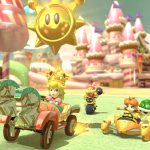 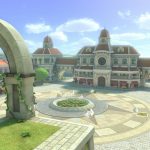 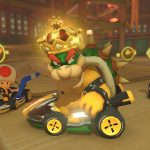 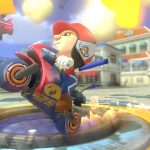 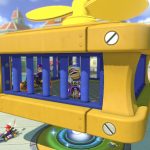 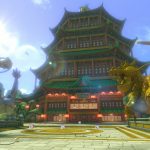 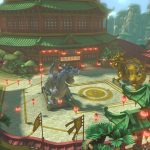 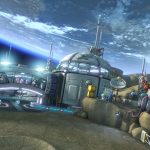 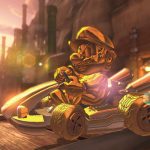 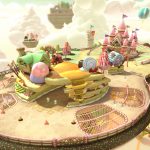 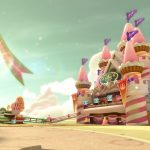 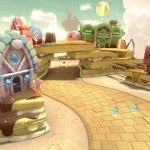 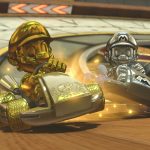 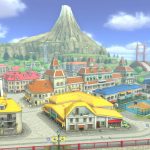 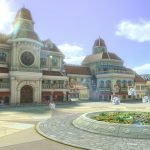 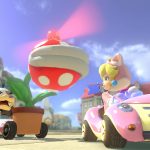 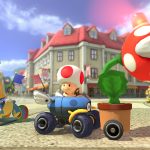 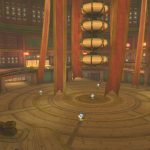 Overview of the new features

Mario Kart 8 Deluxe is overflowing with new content. The five new characters (Inkling Girl, Inkling Boy, King Boo, Dry Bones and Bowser Jr.) bring the total number of racers to 42, a record for the beloved series. New karts inspired by Splatoon, the ability to hold two items at once, returning items like the item-stealing Boo and jumping Feather, a new Smart Steering control option, and even more awesome features truly make this the definitive version of an already classic game.

• Renegade Roundup: Making its debut in Mario Kart 8 Deluxe, this new mode has one team trying to capture the other and put them into jail before time runs out. The opposing team must try to escape and can break their own teammates out of prison by pressing a button under the jail cell.

• Balloon Battle: In this oldie but goodie, players earn points by popping balloons on the back of their opponents’ karts.

• Coin Runners: By racing across the Battle course, players try to collect the most coins as possible in this fast and frenetic mode introduced in Mario Kart Wii.

• Shine Thief: Steal the coveted Shine Sprite and try to hold onto it for a 20 count in this classic multiplayer Battle mode.

The multiplayer options in Mario Kart 8 Deluxe are as plentiful and diverse as the colors in Rainbow Road. Traditional split-screen returns with up to four players (additional accessories are required and are sold separately) by docking the Nintendo Switch system, but players can also undock the system, detach the Joy-Con controllers and use them horizontally to play anywhere comfortably with two players. In addition, races can be played online or hosted in LAN multiplayer sessions with up to 12 players (additional games and systems are required). Two players can even share one Nintendo Switch system when experiencing LAN play. Playing with friends and family members has never been this easy and accessible.