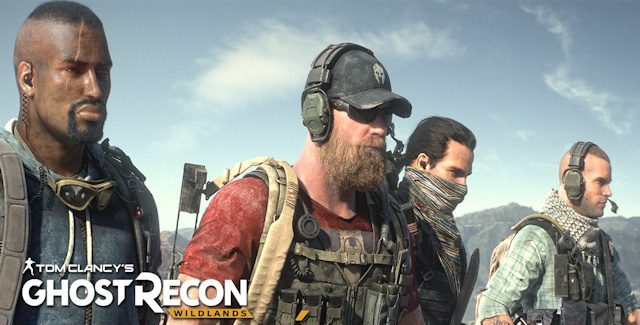 Here we will show you how to unlock all Ghost Recon Wildlands codes with a cheats list that’s valid for the PC, PS4 & Xbox One versions (where available).

How to farm resources in Ghost Recon Wildlands: Farming 5000+ convoy’s is the fastest method to get lots of Gas, Comms, Medicine, and Food. — You can find a convoy that spawns near a fast travel point (like the one from Villa Verde to Villa Verde Alpha), complete the side quest and then use the nearby fast travel point (via the in-game map) and the convoy will respawn immediately.

• As a Ghost Recon Wildlands pre-order bonus from most retailers you can get “The Peruvian Connection” bonus level for free.

Lucy and Tamoor get some gameplay tips and tricks from the creator of this third person tactical title themselves.

Up next, a complete introduction to the gameplay elements from the official Ubisoft Press Conference.

Do you know of any Ghost Recon Wildlands cheats or unlockables?
Let us know in the comments, you’ll get credit for finding out. – Thanks for visiting!