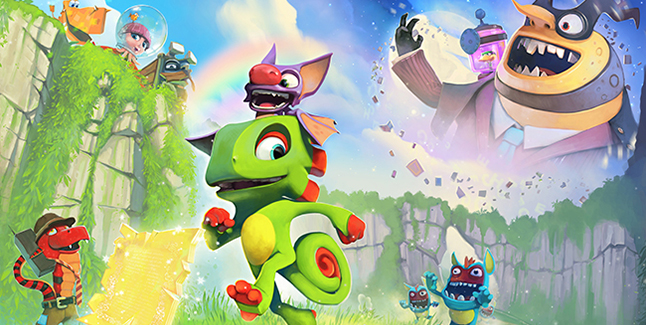 Playtonic Games has released a new trailer for Yooka-Laylee featuring the “Glitterglaze Glacier” stage. Polygon also gone up with a new gameplay video.

Check Out the Yooka-Laylee ‘Glitterglaze Glacier’ Level Trailer and Gameplay:

Yooka and Laylee’s adventure will take them to the seemingly serene Glitterglaze Glacier, but they can expect “quite the frosty reception” from Capital B’s minions. Luckily, they’ll be equipped with a new transformation to help take care of any enemies.

Yooka-Laylee is due out for PlayStation 4, Xbox One, PC, Mac, and Linux on April 11. A Switch version is also in development.