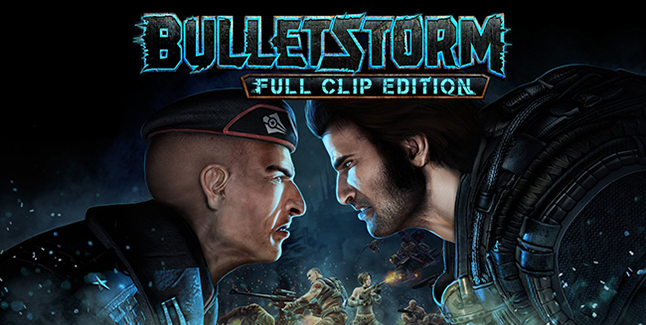 Gearbox Publishing and People Can Fly have released a new story trailer for Bulletstorm: Full Clip Edition, the upcoming remastered and updated release of the 2011-launched first-person shooter.

IGN has also gone up with two new gameplay videos showcasing 14 minutes of the game running in 4K, as well as nine minutes of guest character Duke Nukem.

Here’s an overview of the game, via Gearbox Publishing:

“Updated with hi-res textures, increased polygon counts, sterling audio, smoother framerates, and running in up to 4K resolution on PC and PS4 Pro, this upgraded version of the critically-acclaimed shooter comes with all of the previously-released DLC along with brand-new content. In addition to six new maps for the score-based Echo Mode, players will enjoy the new Overkill Mode, which enables all weapons and Skillshots from the get-go once the initial campaign has been completed. Also for the first time, players who pre-order em>Bulletstorm: Full Clip Edition will get the chance to play as the one-and-only Duke Nukem. Featuring a fully rerecorded script and brand-new lines from the original voice of Duke, this feature will replace main character Grayson Hunt with The King himself and provide players with a whole new butt-kicking perspective on the cult-classic shooter.

In em>Bulletstorm: Full Clip Edition, players step into the boots of Grayson Hunt after a crash landing on an abandoned resort planet forces him to make a hard choice: survival or revenge. An exiled member of the elite assassin group Dead Echo, Grayson’s blind desire for vengeance finds his crew stranded on Stygia where he can finally confront the commander behind his betrayal — or get his team off the planet alive. Decimate throngs of Stygia’s mutated inhabitants, performing masterful kills throughout the single-player campaign — or one of 30 competitive score-challenge and 12 co-operative multiplayer maps — using the game’s unique “Skillshot” system, which rewards players for executing the most creative and deadly kills imaginable.”

Bulletstorm: Full Clip Edition will launch for PlayStation 4, Xbox One, and PC on April 7.