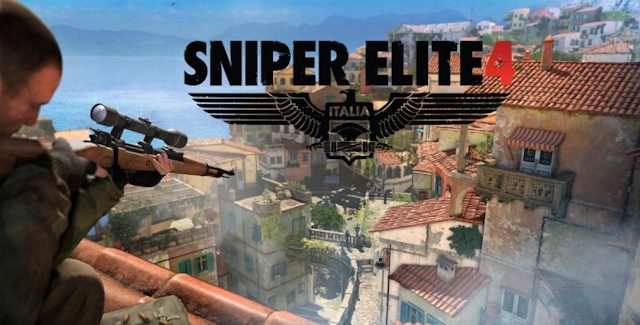 The Sniper Elite 4 achievements guide lists every achievement for this Xbox One & PC stealthy third-person tactical shooter game and tells you how to get and unlock them all.

In the Sniper Elite 4 achievement guide we’ll show there are 62 Achievements (1 Secret Achievements) with a total of 1,200 Gamerscore points to earn in the Xbox One and PC versions.

7. Plans are nothing, planning is everything (10G) — Complete Mission 7

16. Everything by Halves (25G) — Complete 50% of all Secondary Objectives in the Main Campaign

20. Are You Insane? (100G) — Complete the entire main campaign on Authentic difficulty

24. The Nutcracker – Sweet! (10G) — Incapacitate an enemy, then shoot them in the testicles

Note: You have to do this in two steps: 1) Shoot the enemy in his leg to disable him; 2) After that shoot his balls (Testicle Shoot); 3) And finally, if you’re a guy, cringe.

25. The Organ Grinder (25G) — Get at least one killshot on every organ

Tip: It’s a compilation of all types of shots on organs that counts, that you need to hit throughout the game.

Tip: This can be done anywhere you want simply by putting down a trap mine (by HOLDING the “Use Item” button – on PC it’s the F key) and after that the spike, which holds the string. Whoever will walk through this trap will die from the resulting explosion.

Locations: Can be done in Mission 6: Magazzeno Facility, and requires you first pick up a flare gun.

First you must loot a “Spotter” enemy to get a flare gun. They always have one. One spotter is found very early in the mission. Look between the first few buildings on the left side, very shortly after the mission starts. He is in front of a building. When you mark him with the binoculars it will say that he’s a Spotter and carrying a Flare gun. Kill him and loot the body.

Secondly, head to the location in the video guide below (without being seen). Just stick to the road and throw stones to distract enemies on your path. Up by the big satellite dish are 5-7 enemies standing all in one spot, talking to each other. It’s like this spot was made for the trophy. Shoot the flare gun at them and wait for the artillery to hit.

Notes: If you are detected they may run off, so stay stealthy. – The flare gun has two modes “Targeted” and “Distributed”. For this spot it’s easier to use Targeted because the enemies are so close together and it’s more precise. Make a manual save before using the flare gun, in case you need another try.

Location: You can obtain it during Mission 8: Allagra Fortress, where you have to kill enemy snipers 5 times before they can see you.

32. Challenge Accepted (50G) — Complete all challenges in a single mission.

35. Still Ain’t Got Time to Bleed (25G) — Complete a single player mission without using a Medikit or Bandage

Tip: You need to drop certain “objects on hooks” on enemies heads three times (not in a row, and not necessarily in one mission).

37. My Rifle is My Best Friend (25G) — Complete a main campaign mission with rifle kills only

38. The Collector (25G) — Collect all Last Letters, Letters From Home, and Letters To Home in the main game

Tip: To find all Letters in the game, check out our complete “Sniper Elite 4 Letters Locations Guide“.

Tip: To find all Stone Eagles in the game, check out our complete “Sniper Elite 4 Stone Eagles Locations Guide“.

46. Survival of the Fittest (25G) — Complete all waves in a survival session.

47. Competitive Nature (10G) — Complete at least one match in each mode.

50. The Path of Most Resistance (10G) — Destroy the plane using a Bolt-Action Rifle

Location: You can obtain it during Mission 8: Allagra Fortress, where you need to shoot the plane using the Bolt-Action Rifle.

55. The Eagle Has Landed (10G) — Crush Hitler with the Eagle at the ceremony (Target Führer DLC)

60. Base Desires (20G) — Complete all Optional Objectives and destroy the base (Target Führer DLC)

DLC Roundup: Here’s a montage/guide of all methods of assassinating Hitler in the “Target Fuhrer” DLC for Sniper Elite 4.

Please comment if you have any Sniper Elite 4 achievement unlock tips of your own. Kudos will be given. – Thanks for visiting!