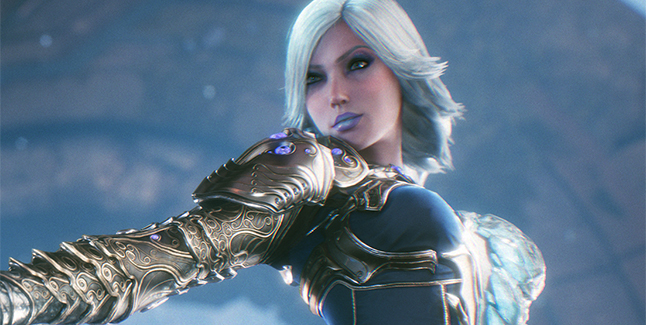 Epic Games has revealed Aurora, the next Hero to join the free-to-play PC and PlayStation 4 MOBA, Paragon.

Aurora is an elusive, crowd-control specialist who uses her abilities to manipulate the cold. A powerful initiator, Aurora uses the cold to freeze her enemies and take control of the battle. You can get your first look at Aurora in action in the all new Hero reveal video.

Here’s the lowdown on Aurora’s abilities:

• Frozen Simulacrum – Allows Aurora to leap in a target direction, leaving behind a solid ice clone of herself.

• Hoarfrost – Creates a ring of hoarfrost around Aurora, dealing damage and rooting enemies caught in the ice.

• Cryoseism – Aurora creates an ice earthquake. Enemies in the area will turn to ice, which then explodes, causing damage to the Hero and spreading the effect to other nearby Heroes and minions.