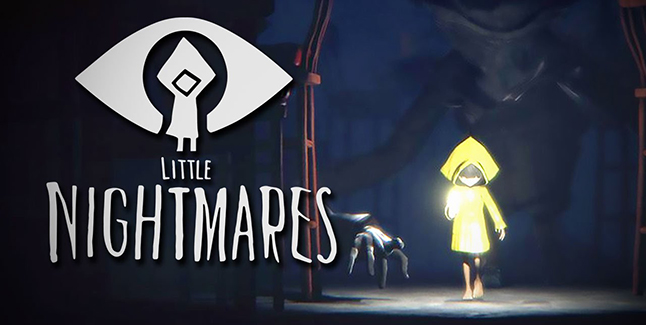 Little Nightmares will launch both physically and digitally for PlayStation 4, Xbox One, and PC on April 28, Bandai Namco announced.

Check Out the Little Nightmares ‘The Nine Deaths of Six’ Trailer: 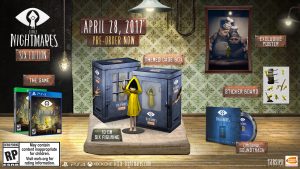 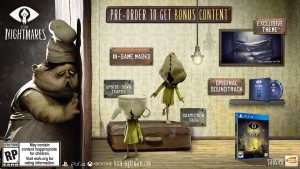 The limited “Six Edition” of the game includes a 10-centimeter Six figurine, themed cage box, sticker board, and exclusive poster.

Pre-orders include the “Upside-down Teapot” and “Scarecrow Sack” in-game masks. PlayStation 4 and PC pre-orders also include the original soundtrack in digital format, an exclusive PlayStation 4 theme, or a PC wallpaper featuring The Janitor.

Here is a brief overview of the game, via Bandai Namco:

“Trapped in The Maw with nothing but her wits and a lighter, Six must find light in the darkness and strength in her weakness to survive the attentions of its monstrous residents and escape to the world outside. Be careful as each room is a cell, each resident a threat, and both puzzles to untangle. Hide and sneak from danger, climb your way out and escape the chasing monsters as The Janitor, the new character revealed in The Nine Deaths of Six trailer.”