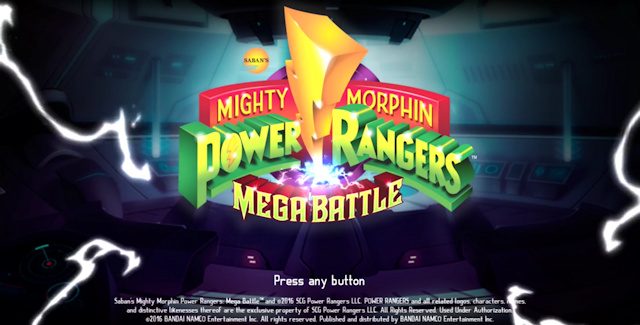 Here we will show you how to unlock all Mighty Morphin Power Rangers: Mega Battle codes with a cheats list that’s valid for the PS4 & Xbox One versions (where available).

How To Level Up Fast + Large XP Orbs Locations Guide

Find out how to level up fast in Mighty Morphin Power Rangers: Mega Battle: Your goal is to hit max level 11, at which point you’ll have enough skill points to spend to fully level up your Ranger by unlocking upgrades and new abilities.

• LEVEL UP METHOD #1: Can be done by picking up all the yellow / orange Orbs that defeated enemies drop (this is the EXP you need). Of course to really speed up this process you should seek out the few large XP Orbs in the game that you can only pick up once ever! Here’s where they are located…

– Large XP Orb Location #1: Can be found in Stage 3-2. During the rooftop section with the fans, after leaving the plane. It’s an area where you need to use the ground fans to help you jump. One of them actually takes you up higher, and that lands you on a platform with the special large XP Orb.

– Large XP Orb Location #2: Can be found in Stage 4-1. During the first section of the stage, while chasing down the Hathasaurus boss, you get to a part where you must drop down from the cliff. Just as you drop down and see his footprints on the ground that go behind you; Follow these behind you rather than forward and you’ll be led through a wall behind you into a cave (which is a lake full of purple slowing goo puddles on the ground) with in the middle the large XP Orb inside.

– Large XP Orb Location #3: Can be found in Stage 5-2. During the section when you drop down a few ledges, and then go back up a few ledges. As you’re going back up (via the first ledge up), you’ll be able to move right into the secret area to find the large XP Orb.

• LEVEL UP METHOD #2: Can be done after completing the game the first time. On your second playthrough — when you want to level up your other characters — use the Ranger you want to max out to beat the third part of the stages (with the boss & mecha fights) over and over. Getting all the end-level EXP to level up from this last third part of the stages is a faster way than fighting through the whole stages.

Do you know of any Mighty Morphin Power Rangers: Mega Battle cheats or unlockables?
Let us know in the comments, you’ll get credit for finding out. – Thanks for visiting!