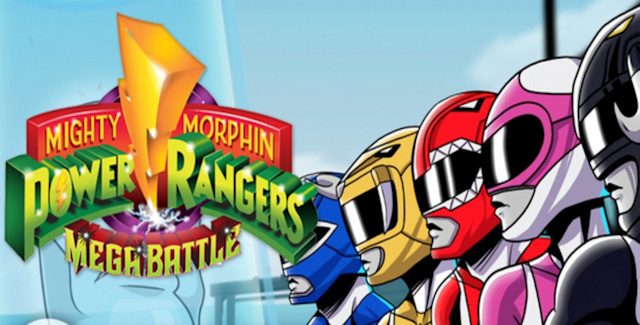 Go Go Power Rangers! The Mighty Morphin Power Rangers: Mega Battle achievements guide lists every achievement for this Xbox One beat-em-up game and tells you how to get and unlock them all.

In the Mighty Morphin Power Rangers: Mega Battle achievement guide we’ll show there are 19 Achievements (0 Secret Achievements) with a total of 1,000 Gamerscore points to earn in the Xbox One version.

2. Mastering the power (50G) — Upgrade a technology in the Tech Tree.

Tip: Talk to Alpha 5 by pressing the A button at its purple computer panel to enter the Tech-Tree. – You’ll first see your robot friend starting at Stage 1-3 in the mall’s first floor up the escalators.

Note: You’ll need 1 or 2 Ranger Coins to buy a Weapon, Martials Arts or Buffs technology upgrade in the Tech Tree.

3. Path to Wisdom (50G) — Complete a level without receiving damage.

Tip: You can do this combo with any combination of moves in the combo, as long as one of the 10 moves is an air attack. – The video guide example shows it being done in Stage 2.

Tip: You can do the power kick move by jumping with the A button and then pressing the X button while in the air. – It usually takes a few power kicks to take down an enemy, so you’ll have 30 done in no-time.

Tip: You can do this within the first five or ten enemy parties you come across. You can toss an enemy by walking up to them and pressing the right shoulder button.

Protip: Throw enemies off a ledge, this will save time to kill them instantly instead of killing them off through a longer fight.

Tip: You can get the Co-op strike ability from the Rangers skill tree. You have to unlock them for 2, 3, and 4 Rangers at a time.

15. We got this! (50G) — Win a multiplayer boss battle without any character dying.

17. Unstoppable crew (50G) — Max-Upgrade with all the technologies in the entire Tech Tree for all the Rangers.

18. I’m that good (50G) — Complete a chapter without receiving damage.

Please comment if you have any Mighty Morphin Power Rangers: Mega Battle achievement unlock tips of your own. Kudos will be given. – Thanks for visiting!