How To Unlock All Gravity Rush 2 Costumes 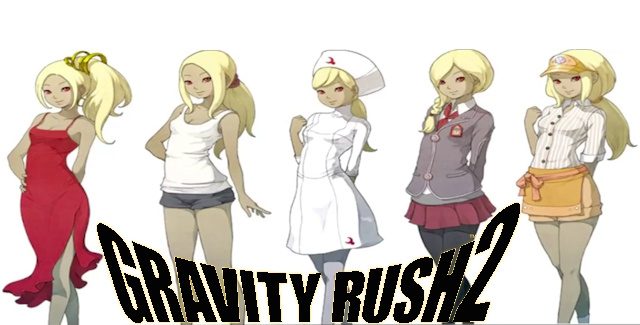 How to unlock all Gravity Rush 2 costumes? That question will be answered in this guide that shows you what to unlock to get all available costumes; and how to achieve that in the PS4 action-adventure game.

This video shows some of the Gravity Rush 2 costumes on the select screen.

Below we’ve listed the costumes. Take the following steps to unlock each one, so that all unlockable costumes in the game will be available to you.

How To Unlock All Gravity Rush 2 Costumes

How To Access Alternate Costumes: To change costumes in-game, press up on the Directional-Pad of your PS4 controller to enter Photo Mode. From the Photo Mode menu simply go to the “Costume Select” screen and select the costume you want Kat to wear from the 16 you can unlock.

At the game’s Western launch on January 18th, 2017, there will be many alternate costumes available as the Costume Select screen shows there’s room for 16 costumes. Some old costumes from the previous Gravity Rush Remastered game will be unlockable in this new game, so hold on to your original game’s save file.

In-Game Tip: Even after you complete Story Mode to the end, not all costumes get unlocked. You’ll need to get the remaining costumes by completing certain Side Missions or by collecting Dusty Token coins to buy them from the prizes section at the bottom of the Statistics pause menu screen. No idea why 5,000 Dusty Tokens are required, since it’s near-impossible to get there if not enough friends/random people play the challenges you share with them, leaving your only option to get more coins as sharing photos you made.

DLC Tip: Certain DLC costumes can be unlocked by pre-ordering the game in North America, Europe or Japan. The only pre-order bonus DLC-exclusive costumes are the new “White Kat” alternate costume, as well as “Phantasy Star Online 2 Crazy Kitten” that may only be available in Japan, unless future DLC — there’s a free story expansion coming in March 2017 — makes it available to everyone worldwide. Additional unlock methods may not yet have been discovered. *fingers crossed*

How To Unlock The Shifter 2.0 Costume: Available from the start of the game.

• White Kat = The same costume as the default Shifter 2.0 costume, but in a white color instead of a black color.

How To Unlock The White Kat Costume: Available exclusively as pre-order bonus DLC at GameStop, Amazon, or on the PlayStation Store.

How To Unlock The Military Uniform Costume: Have a Gravity Rush Remastered save file on the same PS4 system Gravity Rush 2 is installed on.

• Maid Outfit = A standard black colored maid outfit from the first game, complete with a black dress and white apron.

How To Unlock The Maid Costume: Have a Gravity Rush Remastered save file on the same PS4 system Gravity Rush 2 is installed on.

• Spy Costume = A superhero-like spy outfit from the first game, complete with Catwoman-like tail and goggles.

How To Unlock The Spy Costume: Have a Gravity Rush Remastered save file on the same PS4 system Gravity Rush 2 is installed on.

How To Unlock The Jazz Singer Costume: Complete “Story Mission 8: Like a Radio”.

How To Unlock The Nurse Costume: Complete “Side Mission: A Legend is Born”.

How To Unlock The Waitress Uniform Costume: Complete both “Side Mission: Hands up, Hands out!” & “Side Mission: Come one, Come all!”. This is a 2-part Side Mission and you can do these right after each other.

• Super Star = A pop idol white skirt that has a big purple bow on the back with long white boots outfit, complete with purple hair to suit the Superstar image of Poterie Doll.

How To Unlock The Super Star Costume: Complete “Side Mission: Find the Idol!”.

• School Uniform = The school uniform from the first game.

How To Unlock The School Uniform Costume: Collect enough Dusty Token coins to buy it from the prizes section at the bottom of the Statistics pause menu screen.

• School Uniform 2.0 = A new version of the school uniform from the first game, braided ponytail and all.

How To Unlock The School Uniform 2.0 Costume: Complete “Side Mission: Forbidden Games” starring Echo and Newt.

How To Unlock The Kali Costume: Complete “Side Mission: An Angel Named Double-Cross”. Also unlocks the “Ice Cream” and “Kali Pose” gestures.

• “???” Costume = A white royal costume that looks like an expanded Queen version (with crown) of the default costume in white with the gold ornaments style.

How To Unlock The Cat Suit Costume: Collect enough Dusty Token coins to buy it from the prizes section at the bottom of the Statistics pause menu screen.

• Mining Outfit = A white shirt and shorts summer outfit that Kat wears under her hot mining suit in the opening sequence of the game in the mining settlement of Banga, where you see it after her mining suit breaks down and she has to step out of it.

How To Unlock The Mining Costume: Collect enough Dusty Token coins to buy it from the prizes section at the bottom of the Statistics pause menu screen.

How To Unlock The PSO2 Crazy Kitten Costume: Exclusive to Japan?

[Work-In-Progress: Please comment if you know of any more costumes]

What are your favorite Gravity Rush 2 costumes?