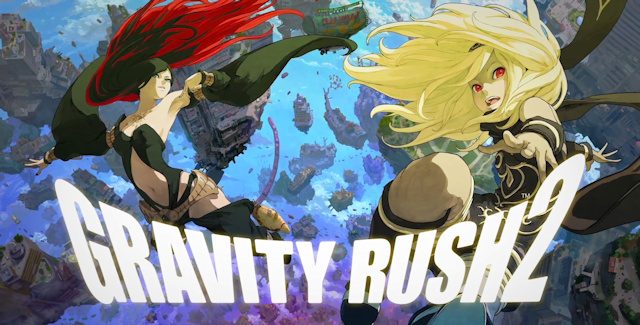 The Gravity Rush 2 walkthrough will guide you through the beginning to ending moments of gameplay with strategy tips for this action-adventure game on the PS4.

Let’s start the Gravity Rush 2 walkthrough with an introduction video!

Please note that viewers must be at least 12-13 to watch, in Europe & America respectively, so no harm comes to those with innocent eyes. This game includes Blood, Fantasy Violence, Mild Suggestive Themes, Partial Nudity, Use of Alcohol.

Experience the thrilling conclusion to Kat’s mind-bending adventures as she chases the mystery of her origin across a huge new open world. Wield an arsenal of hard-hitting gravity-based attacks in three different gravity styles against powerful new enemies, unleash devastating tag-team attacks with Raven by your side, and ward off a new danger that threatens the world and the fabric of the universe itself.

Gravity Rush 2 is the sequel to the critically-acclaimed, gravity-shifting classic, developed exclusively for the PlayStation 4 system by SIE WWS JAPAN Studio.

In a new story set just after the conclusion of the first game, Kat returns with her gravity-shifting partner Raven and the police officer Syd to investigate strange gravitational waves appearing over Hekseville. The next adventure for the gravity queen begins when Kat is swallowed by a gravity storm of unprecedented scale and taken to a remote mining village.

Separated from Dusty, the source of her gravity powers, Kat is forced to mine ore for the village to earn her keep along with Syd. However, they soon face the dangerous Scarabs lurking near the storms – a new breed of Nevi that threatens Kat and the village…

Welcome to the Gravity Rush 2 walkthrough!

Teal will be your voice-over commentator showing you around the game’s areas.

This first mission may not start out as you expect. We find out “A Lazy Worker Is A Hungry Worker!”

In the second mission we finally get our gravity defying abilities back, thanks to Dusty.

In the third mission we head down with our powers to collect some Ore!

In the hope of finding more Ore, in this first side mission we take part in some tablet trials and encounter our first boss!

Story Mission 4: A Dog Without a Collar

In this fourth mission, in a bid to get a better contract, we have a little friendly competition… but it seems SOMEONE isn’t playing by the rules!