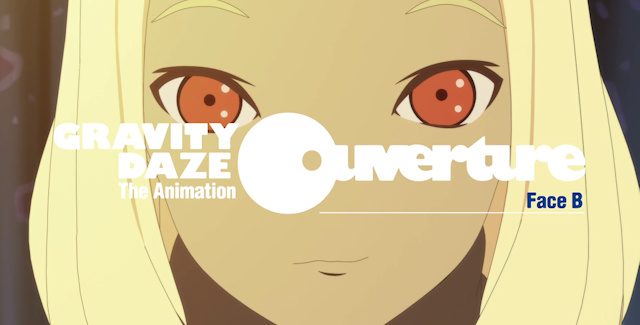 Gravity Rush: The Animation – Overture, bridges the gap between the original Gravity Rush and the sequel Gravity Rush 2. This anime has been produced by Studio Khara, best known for their work on Rebuild of Evangelion.

Watch Gravity Rush: The Animation – Overture, Parts A & B:

Description: Armed with new gravity-shifting powers, Kat fights back to take down a fearsome enemy threatening to unravel the fabric of the universe.

Note: The Gravity Rush 2 Demo is be available to download now on PlayStation Store. There are two paths through this demo – one for those who are new to Gravity Rush, and another for those that are more familiar with Kat’s powers – so no matter your level of gravity-defying experience please be sure to give it a shot!

Gravity Rush 2 will be released exclusively for PlayStation 4 on January 20th, 2017.

Are you excited for this anime short and Gravity Rush 2?