5 Reasons Why World of Warships is Awesome 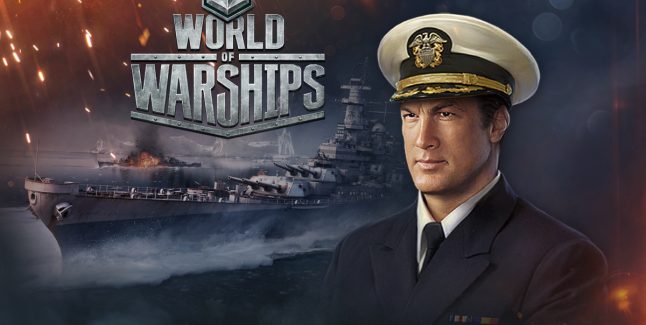 In the since 2015 continuously updated World of Warships, the developers at Wargaming & Lesta Studio aim to let you experience how to command your own naval fleet in the free-to-play PC naval action MMO game. Find out about the Top 5 reasons World of Warships is awesome here-under… 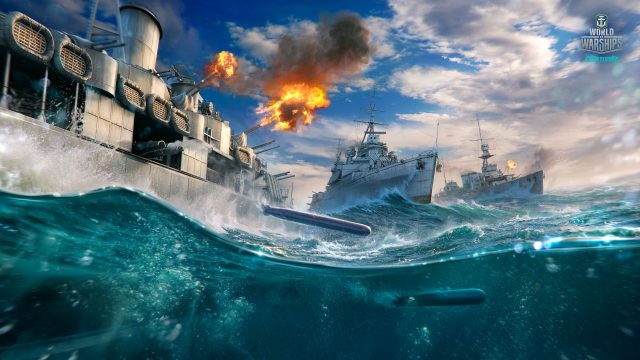 The Top 5 of World of Warships Awesome Things:

As you can see from the trailer at the top of this page, the 80’s & 90’s action movie star Steven Seagal — made famous by box office hits like the naval-themed fan-favorite “Under Siege” (still awesome!) — is featured in World of Warships. The very essence of this legendary actor has been digitized into a playable Commander for your American ships! – “Steven Seagal (Six-Point Commander)” can be unlocked through the “Seize Seagal” Mission, when you gain 70,000 Base XP over any number of Co-Op, Random, or Ranked battles.

The highly anticipated World of Warships is the latest free-to-play combat game to be added to Wargaming’s catalog. Command a massive naval fleet featuring history’s most iconic war vessels, level up important tech modules and prepare to dominate the oceans in World of Warships.

It includes four classes of ships…

– Destroyers: The fastest and most agile class of ships–lightly armored but possessing huge firepower in the form of torpedoes. In battle, destroyers can use smoke screens; which allows them to cover its own torpedo attack or hide allied ships.

– Cruisers: A versatile and multi-purpose class of ship–each comes with its own loadout containing a combination of anti-aircraft guns, torpedoes, or even aircraft launchers. All cruisers are known for their high rate of fire; making them the perfect vessel to apply pressure to enemy forces at any stage in the battle.

– Battleships: The real heavyweights of the World of Warships universe. Possessing massive guns, thick armor, and bristling with secondary armaments, these behemoths ply the seas with impunity.

– Aircraft Carriers: Aircraft carriers scout the battlefield, send squadrons of dive bombers, torpedo bombers, and fighter planes to wreak havoc upon the enemy. Though they’re lightly armed themselves, their wide array of aircraft make them a micro-manager’s dream come true.

World of Warships is a tactical shooting game with serious depth! Take to the the seas in epic team battles. You can play with your friends or join the queue to be matched with other skilled captains. Each battle is a unique experience; World of Warships boasts dozens of maps and game modes, hundreds of combinations of ships and equipment, and dozens of diverse crew skills.

As a bonus… Premium account time purchased for World of Warships, World of Tanks (PC), and World of Warplanes are shared between all Wargaming.net Universe games. This means that if you purchase Premium time on one game, you get to use it across all three titles!

Hat Tip: If you join our “World of Warships Holiday Pack Codes Giveaway“, you receive 7 Days of Premium time & more for free!

Here’s World of Warships image gallery. Click on any of these image thumbnails to see the full-size wallpapers: 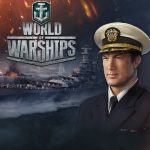 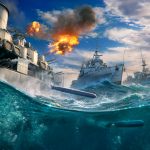 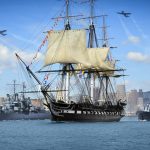 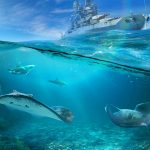 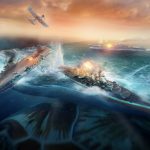 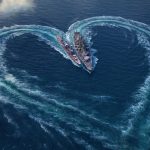 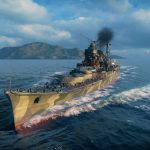 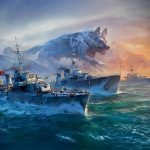 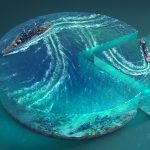 
To see what the game’s all about, you can watch an overview of the World of Warships’ latest update that includes a new branch of German destroyers, a fancy new Port in London, and all the newest features.

World of Warships Update 0.5.16 is OUT NOW for PC on worldofwarships.com!