The Walking Dead Game Season 3: How To Transfer Season 2 Saves 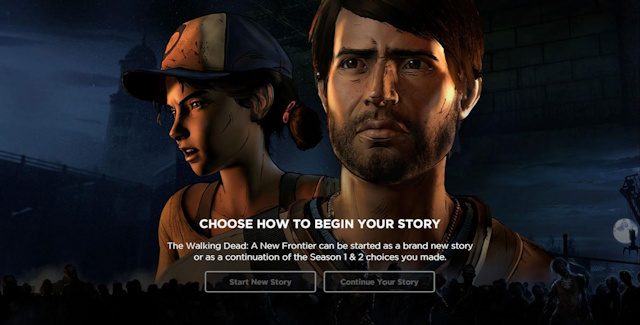 This video details how to transfer your ‘Telltale: The Walking Dead’ Season 2 Saves from Xbox 360 to Xbox One for when Season 3 arrives!

Once you’ve complete the steps in this video, go to: https://telltale.com/wd2save/
From there, log in with your Telltale account, go to whatever platform you uploaded the save file from, and choose ‘Use this Save’.
Once back on the Main Menu of The Walking Dead Season 3, select ‘Extras’ and then select ‘Import Save From Telltale Account.

Here are the written details…

This is for people who haven’t played The Walking Dead before, or don’t recall their previous experience. In this mode, Season Three starts with a Clementine who has lost everyone from the previous Seasons and is left alone with AJ.

If you want to continue with the story you created in Season One and/or Season Two, then we have some options for you.

Inside of Season Three, there is a “story generator” option where we’ll ask you a series of questions that help us hone in on your Clementine. This will select one of 42 different “starting points”, that include not just your ending but also the relationships you had with different characters and the style of player you are.

This was a fascinating thing for us to build and involved us combing through mountains of Walking Dead data and using some fancy data science to figure this out. We’ll be talking more about this, but it was organic and cool. I guess 42 really is the answer to life the universe and everything!

Option 2 – Use your Season Two save game

• If you’re playing on the same device, and you still have your old Season Two save file, you can import your save. When you start a new game in Season Three, you’ll be automatically prompted to use your Season Two save data.

• If you want to play on a different device, and still have your old device with Season Two saves. Then we’ve done our best to help you out. We’ve recently updated Season Two (on all platforms) to include Telltale Cloud Saves. You’ll need to update your app, launch Season Two and create a Telltale Account (if you don’t already have one). Then you can enable Cloud Saves and upload your Season Two save to the cloud. When you launch Season Three, you’ll be able to login to your Telltale Account and download the Cloud Save. Then you’re good to go! This is how to migrate your story from one device to another, like moving from PS3 to PS4, or Xbox 360 to Xbox One. It works from any platform to any other platform.