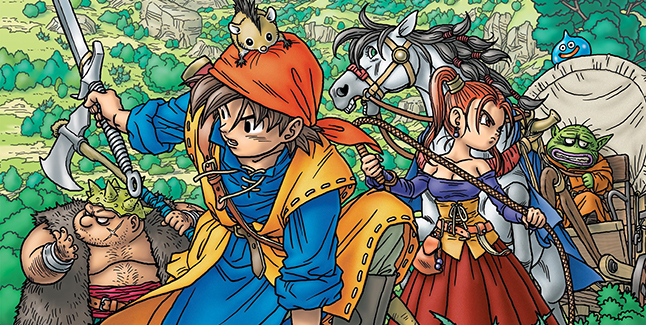 Nintendo has released a new trailer for Dragon Quest VIII: Journey of the Cursed King introducing the game’s story.

Check Out the Dragon Quest VIII for 3DS Story Trailer:

Here’s an overview of the story, via Nintendo:

“The story begins when a jester, Dhoulmagus, comes to Castle Trodain and steals the King’s sceptre. He then uses its power to turn his majesty into a troll, the Princess into a horse and the castle inhabitants into plants. The only one left unscathed from this attack is a castle guard who escaped the curse and must now step up to save the kingdom he’s sworn to protect. Only by traveling the lands, recruiting allies and following the trail of destruction that Dhoulmagus leaves in his wake will The Hero be able to retrieve the sceptre in order to restore Trodain back to its former glory.”

Dragon Quest VIII: Journey of the Cursed King is due out for 3DS in North America and Europe on January 20. Read more about the game here.