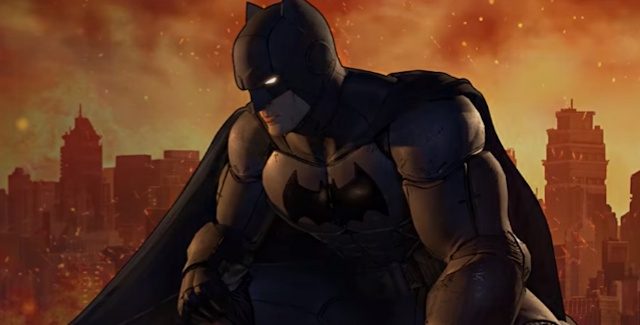 What is the Batman: The Telltale Series Episode 5 release date? Telltale Games has promised that on average with their episodic games you can expect a new downloadable episode every 5 to 8 weeks. As such, it’s expected that Episode 5 (titled “City of Lights”) is arriving on December 13th, 2016 (note that Telltale promised after Episode 3’s release that Episode 5 would release on all platforms in December 2016). Those dates are worldwide on PC, Mac, PS4, PS3, Xbox One, Xbox 360, iOS & Android mobile all in the same week.

Episode 5 Synopsis: “The battle for control of Gotham intensifies, reaching a fevered pitch as Bruce discovers a renewed sense of purpose and Batman finds himself pushed to the limits in a desperate effort to restore order.”

October Video Updates: What’s in store for the latest episode of BATMAN: Unmasked? Host Greg Miller sits down with Batman – The Telltale Series writer James Windeler, director Jon Stauder and Harvey Dent himself Travis Willingham. They delve deep into the events of Episode Two – ‘Children of Arkham’, discuss the rewarding challenges in bringing the complex character of Dent to life, as well as theories on where the characters and story could go as the series progresses.

Telltale’s games are created by a team of designers, writers, animators, artists, and more, to create the game you play. In this “Directing Episode One” behind-the-scenes interview, we talk with Kent Mudle, Director of Batman Episode One.

November Video Updates: In “BATMAN – The Telltale Series: Creating Catwoman” you hear from the Telltale Games writer Shanon Ingles and Selina Kyle herself Laura Bailey on the creative process behind bringing the complex character of Catwoman to life in an interactive narrative.

In “BATMAN: Unmasked Episode Four” you get Batman – The Telltale Series Episode 3 Lead Writer Nicole Martinez, voice of Oswald Cobblepot/Penguin Jason Spisak, and Vicki Vale herself Erin Yvette. They get right into dissecting the shocking events and revelations of Episode 3: ‘New World Order’, discuss the complex nature of bringing a new twist to these classic Batman characters, and get an exclusive first look at Episode 4: ‘Guardian of Gotham’. They also dig into the series bigger narrative themes, as well as the creative process behind bringing this interactive Dark Knight tale to life.

Future Updates: This section is reserved for future updates like Episode 5 screenshots and the Episode 5 launch trailer.