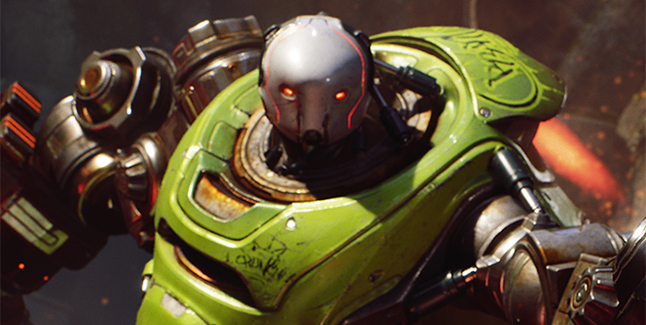 Punch through your enemies as Crunch, the latest Fighter Hero in Paragon. Play Crunch for free starting November 15.

Check Out the Crunch Reveal Trailer:

Crunch is a melee fighter (Fury/Order) with a unique combo system. Utilizing each of his abilities, Crunch is capable of fluidly chaining combos together to quickly scrap his opponents.

As always, all Heroes in Paragon are free, so jump in as Crunch on Tuesday. If you can’t wait to get your Paragon fix, you don’t have to – Paragon is in Free Open Beta, so you can download and play today.