In the just-released Titanfall 2 the developers at Electronic Arts & Respawn Entertainment aim to let you experience how the Pilot and Titan must “Become One” in the sequel to Respawn’s FPS-mech genre redefining Titanfall. The incredible speed of a Pilot with the devastating size of a Titan, when two combine, none of your enemies remain. Find out about the Top 5 reasons Titanfall 2 is awesome here-under…

First, here’s the Titanfall 2 Launch Trailer set to music by Sonny Bono’s “Bang Bang, (My Titan Shot Him Down)”: 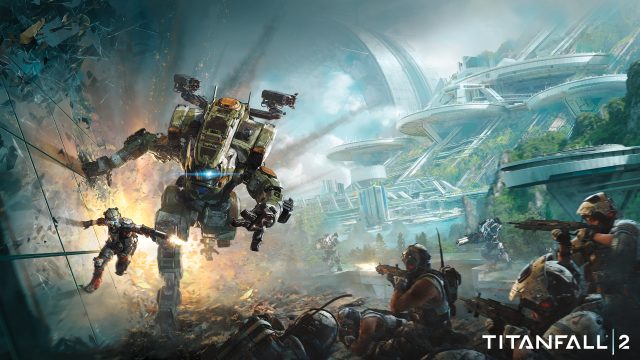 The Top 5 of Titanfall 2 Awesome Things:

Titanfall changed the game with wall-running and double-jumps that are now standards in futuristic FPS gaming. Titanfall 2 introduces seven new gameplay mechanics: A sliding mechanic. The pulse blade, which is a throwing knife that reveals the location of any nearby enemy. The holo-pilot, a holographic pilot that mimics players’ action to confuse enemies. A grappling hook, which can be used to slingshot players to a building or an enemy it attaches to. The game also features a progression system similar to the first game, but more weapons & weapon customization are included. And lastly, when the player executes an enemy, the perspective automatically shifts to third-person.

A story campaign is a first for the series after many fans requested it! Step on to The Frontier as a Militia rifleman with aspirations of becoming a Pilot. Stranded behind enemy lines, and against overwhelming odds, you must team up with a veteran Vanguard-class titan and uphold a mission you were never meant to carry out. Jack and BT must combine their abilities and risk everything to survive together.

With six brand-new Titans, a host of deadly new Pilot abilities, an expanded customization system, new modes and much more, Titanfall 2 gives players the deeper multiplayer experience they have been asking for. Better yet, players can now form groups like “Guilds” called Networks, which makes it fast and easy to play with friends old and new. Whether Social or Competitive, players will be able to create and join a variety of Networks that best suit their play styles and preferences. As a bonus you can create Happy Hour events inside your Network so your friends know when to meet up to earn extra merits.
Better yet, as a bonus there will be no Season Pass required, all maps & modes DLC will be free in Titanfall 2 Multiplayer.

Modes with AI like Bounty Hunt and Attrition are unique to Titanfall! And even familiar favorites like Capture the Flag or Hardpoint have that special flavor only Titanfall can provide. And where else can you play a mode with 10 Titans fighting it out to the last one standing? Nowhere. Did we mention Coliseum? Go mano-a-mano with pre-set weapons and abilities in a best of 3 matchup against other Pilots. You better be fast!

There are six brand-new Titans in Titanfall 2 Multiplayer, all with unique abilities that give them different strengths on the battlefield. Each Titan you call in has a devastating Core ability that can quickly dismantle any enemy. They are…

– Ronin AKA The Titan with the Sword – Don’t let him get in close!
– Ion – Ion packs a giant laser that unleashes straight from its chest. DO NOT STAND in the Giant Laser.
– Legion – As you look across the map for the last time, you’ll think: Is that a minigun?
– Northstar – You’ll believe a Titan can fly.
– Tone – Lock ‘em on. Take ‘em out.
– Scorch – Some Titans just want to watch the Frontier burn.

Here’s Titanfall 2 image gallery. Click on any of these image thumbnails to see the full-size screens: 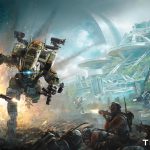 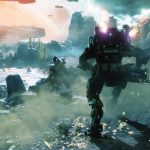 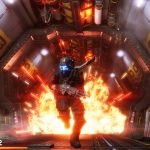 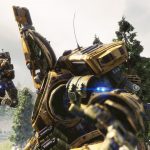 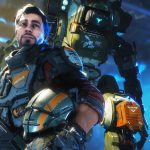 Titanfall 2 is OUT NOW for Xbox One, PlayStation 4 and Origin for PC!

What are you most excited about with Titanfall 2?