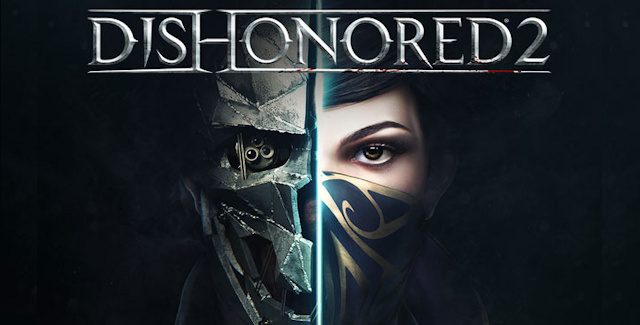 Our Dishonored 2 walkthrough will guide you through the beginning to ending moments of gameplay with strategy tips for this action-adventure stealth game on the PS4, Xbox One & PC.

Let’s start the Dishonored 2 walkthrough with an introduction video!

Please note that viewers must be at least 18 to watch, so no harm comes to those with innocent eyes. This game includes Blood and Gore, Intense Violence, Strong Language, Suggestive Themes.

Reprise your role as a supernatural assassin in Dishonored 2 – the follow up to Arkane Studio’s first-person action blockbuster and winner of more than 100 ‘Game of the Year’ awards, Dishonored. Play your way in a world where mysticism and industry collide. Will you choose to play as Empress Emily Kaldwin or the royal protector, Corvo Attano? Will you make your way through the game unseen, make full use of its brutal combat system, or use a blend of both? How will you combine your character’s unique set of powers, weapons and gadgets to eliminate your enemies? The story responds to your choices, leading to intriguing outcomes, as you play through each of the game’s hand-crafted missions.

Dishonored 2 is set 15 years after the Lord Regent has been vanquished and the dreaded Rat Plague has passed into history. An otherworldly usurper has seized Empress Emily Kaldwin’s throne, leaving the fate of the Isles hanging in the balance. As Emily or Corvo, travel beyond the legendary streets of Dunwall to Karnaca, the once-dazzling coastal city that holds the keys to restoring Emily to power. Armed with the Mark of the Outsider and powerful new abilities, track down your enemies and take back what’s rightfully yours.

Emily Kaldwin isn’t just her own character with her own story. She also has unique powers to tackle the threats ahead. Find out more about Emily, her motivations, and her unique power, with exclusive insights straight from the team at Arkane Studios.

The Royal Protector returns in Dishonored 2, but Corvo Attano isn’t just older and wiser. He has a full suite of enhanced powers, which he’ll need to take back the throne. Find out more about Corvo, his motivations and his upgraded powers, with new gameplay and exclusive insights from Creative Director Harvey Smith and Lead Designer Dinga Bakaba.

Thanks to Bethesda, XCV & Gamerzombie for the walkthrough videos.

Welcome to the Dishonored 2 walkthrough!

XCV & Gamerzombie will be your guides showing you around the game’s areas on Medium difficulty level as Empress Emily Kaldwin.

Tutorial Description: Emily remembers training with her father Corvo in the years after the Rat Plague, preparing her with combat training for unavoidable future enemies coming for her throne and her life. This intro mission recaps those years, assassin move by move.

Note: Open the Journal to learn more about your current objectives.

Mission 1: A Long Day in Dunwall

Mission 1 Description: Today marks the anniversary of the death of Empress Jessamine Kaldwin, assassinated 15 years ago. Visitors from across the Empire of the Isles have journeyed to Dunwall Tower for the occasion.

Stealth Tip: To Sneak, go into Stealth Mode and stay behind cover. Low light makes you harder to see only at a distance.

Tip: Throw empty bottles to distract enemies momentarily. Hit an unaware enemy in the head to know them unconscious.

Wall of Light Access Tip: Possessing people allows you to bypass security devices like the Wall of Light, if your host is authorized to pass.

Mission 2: A Strange Visit / Edge of the World

Mission 2 Description: Something feels off. Find out what is going on.

Mission 2 Objectives: By the end of last mission you reached the boat to get out of Dunwall. Now you’re off to the Edge of the World. Go to the Addermire Institute, then go to Addermire station, and use the Carriage.

Hint: While cut off from your allies, you must explore and scavenge to replenish ammo, collect coins, and find elixirs.

Free Weapons in Mission 2: Can be done in “Mission 02: Edge of the World”. At the start of the second mission go through the bloodfly infested building all the way to the upper floor. Here you will find an infected enemy and the key to the black market shop. Pick up the key and return to the black market at the start of the mission. Climb through the window behind the shop and open the door with the key.

Mission 3 Objectives: At the Addermire Institute investigate Sokolovs location. Go to Dr Hypatias Office. Investigate The Crown Killer & Eliminate the Crown Killer. Find Vascos Journal. Kill the Crown Killer, Use the Syringe on Dr Hypatia or Craft an antidote to free Dr Alexandria Hypatia from Grim Alex. Return to the Dreadful Wale, Shut Down the WatchTower.

Watchtower Tip: Avoid a Watchtower’s searchlight. Once you’re spotted, the Watchtower will sound an alarm and attack you.

Security Systems Tip: In Karnaca, security systems are wind-powered. So follow the power lines to the Windmill and shut it down using the lever.

Ability Linking Hint: Link your Doppelganger ability to enemies with the Domino ability, then attack your own Doppelganger to affect them all!

Mission 4 Description: Anton Sokolov is being held at the mansion of Kirin Jindosh, Grand Inventor to the Duke and creator of the Clockwork Soldiers. Get inside, rescue Sokolov, and eliminate Jindosh before he builds an army of Clockwork Soldiers.

Mission 4 Objectives: Reach the ClockWork Mansion, Enter the Carriage Station. Get the Rewire Tool at the Black Market, Rewire the wall of light.

Note: You can break through wooden planks by swinging your sword at them.

Tip: Bloodbriars are huge vines shaped from Void magic by witches, but they cannot detect you if you move slowly.
The supernatural vines summoned by Delilah’s coven will lash out at any nearby enemy, sometimes grabbing them.

Dishonored 2 Walkthrough continues on Page 2 with Mission 5: The Royal Conservatory.