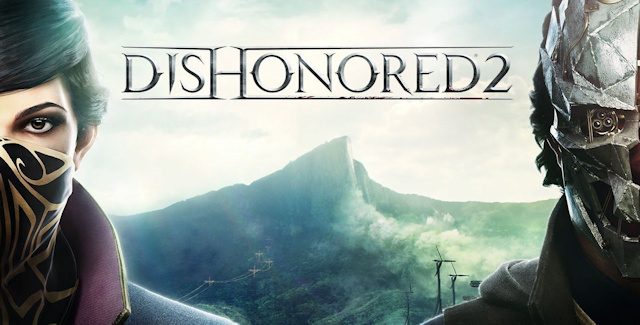 The Dishonored 2 achievements guide lists every achievement for this Xbox One & PC action-adventure stealth game and tells you how to get and unlock them all.

In the Dishonored 2 achievement guide we’ll show there are 50 Achievements (9 Secret Achievements) with a total of 1,000 Gamerscore points to earn in the Xbox One and PC versions.

1. Freedom of Speech (15G) — Saved the Printer of the Dunwall Courier

3. Stay of Execution (15G) — Stopped the Grand Guard from pushing a citizen into the Wall of Light

Location & Tips: Can be done in “Mission 02: Edge of the World”. Shortly after the start of the mission you will come to a “Wall of Light”. This is a type of electric barrier that kills everyone not authorized to pass through. Two enemies will try to push a civilian into it. Quickly kill the enemies before they execute the civilian.

4. Fearless Fall (15G) — Dropped from Addemire’s highest point, taking out an enemy below

5. Counter-serum (15G) — Chatted with Dr. Hypatia aboard the Dreadful Wale

7. Silence (15G) — Eliminated Jindosh without him ever knowing you were there

8. Oracular Echoes (15G) — Listened to the voices of the Sisters of the Oracular Order

9. Howlers ’til the End (15G) — Sided with the Howlers in the Dust District

10. Faithful to the Abbey (15G) — Sided with the Overseers in the Dust District

12. Under the Table (15G) — Obtained Stilton’s Master Key from under the table, with the guards there conscious & unalerted

13. Flooded Basement (15G) — Drained the water and recovered the Rune

19. Fatal Redirect (10G) — Killed an enemy with their own bullet

21. Ghostly (30G) — Finished an entire mission without being spotted

22. Alternative Approach (20G) — Finished an entire mission with no casualties

Location & Tips: Can be done in “Mission 02: Edge of the World”. At the start of the second mission go through the bloodfly infested building all the way to the upper floor. Here you will find an infected enemy and the key to the black market shop. Pick up the key and return to the black market at the start of the mission. Climb through the window behind the shop and open the door with the key.

24. Souvenirs (30G) — Collected all the decorative objects for the Dreadful Wale

26. Heart Whispers (10G) — Used the Heart to listen to the secrets of 40 different people

31. Shadow (50G) — Finished the game without being spotted

32. Flesh and Steel (50G) — Completed the game without supernatural powers

33. The Royal Protector (50G) — Finished the game with Corvo Attano

34. The Empress (50G) — Finished the game with Emily Kaldwin

Tips: Playing as Emily Kaldwin in the below developer playthrough of the “Clockwork Mansion” area, take a Shadow Walk on the quieter side with a stealthy, Low Chaos journey through the marvel of mad science that is the Clockwork Mansion. Watch as Emily uses her new tools and supernatural abilities to deftly evade the monstrous Clockwork Soldiers (or in one case, completely rewire it to make it complacent) and non-lethally take out the guards as she works to free Anton Sokolov and secure his passage out of the building, and thereby Delilah’s clutches.

Tips: Once again playing as Emily Kaldwin in the below developer playthrough of the same “Clockwork Mansion” area, but this time you’ll be able to see Emily Kaldwin’s lethal skills on full display as she artfully slices her way through everything in her path, before putting an end to Delilah’s Grand Inventor, Kirin Jindosh.

37. The Lovers (10G) — Linked 2 characters with Domino just before one killed the other

38. Songs of Serkonos (10G) — Found 3 musical duos across Karnaca, and listened to their songs

Location: Can first be done on the streets of Dunwall in “Mission 01: A Long Day in Dunwall”.Since you will find your first firearm in the safe room at the start of the game (where you have to use the Imperial Signet Ring).

Tip: It’s recommended you turn off auto aim in the game options. Then equip a pistol and slide towards an enemy. While sliding you must kill the enemy with a headshot. The pistol has a very wide spread (similar to a shotgun) so this isn’t too difficult.
Note that this can be done either as Emily or Corvo. You won’t have to buy any skills to accomplish this.

40. Royal Spymaster (10G) — Perused all journals and audiographs by Meagan Foster and Anton Sokolov aboard the Dreadful Wale

41. Clean Hands (50G) — Completed the game without killing anyone

Tip: This achievement unlocks as you play through “Mission 01: A Long Day in Dunwall” when you have to use the Imperial Signet Ring.

Special thanks to Bethesda, XCV & Powerpyx for the list, tips & guide videos.

Please comment if you have any Dishonored 2 achievement unlock tips of your own. Kudos will be given. – Thanks for visiting!