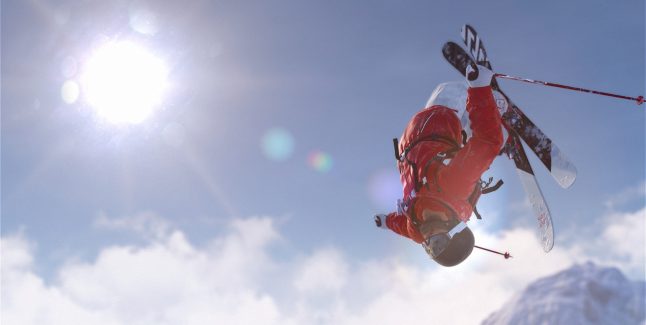 Ubisoft revealed more information about the Season Pass content for Steep, the new action sports game set in the open world of the Alps. The Season Pass is made up of three themed content packs to keep players entertained both on the slopes and in the air.

Check Out the Steep 101 Trailer:

Steep’s Season Pass will be available on Xbox One, PlayStation 4 computer entertainment system and Windows PC. It will be included in Steep’s Gold Edition. This digital version is available on the Uplay Shop across PC digital channels as well as on PlayStation Network and Xbox Live.

Three major content Packs included in the Season Pass will be released over the months following launch:

• Winter Fest Pack introduces the winter sled and puts players’ skills to the test with its new array of challenges. It will also offers fun new exclusive costumes.

• Adrenaline Pack includes the Moonlight Pack, featuring 3 unique night-time challenges and equipment packs for players to show off their style while shining in the dark, along with new costumes, new outfits, new boards and wingsuits.

Season Pass holders will have access to exclusive costumes including a very fetching snowman outfit, helicopter tickets to reach uncharted destinations quickly, and 10,000 Steep Credits at launch on December 2nd.

Each pack will be available for purchase on its own, and all packs can be purchased as part of the Season Pass.

Additionally, Steep will have two beta phases from November 10th to 14th and from November 18th to 21st on Xbox One, PlayStation 4 computer entertainment system and Windows PC. Access for the November 18th Open Beta will be available via digital download on consoles and PC for all players wanting to explore Steep’s massive open-world.

These Beta phases will allow players to discover the diversity of Steep’s world by exploring, riding and completing dozens of challenges through three of the seven regions that compose Steep’s massive open world inspired by the Alps – the Aravis, the Tyrol and the Needles. Players will also find nine Mountain Stories – narrative-based contests that will delve deeper into unique moments in the world of Steep – throughout their journey. Completing these challenges and Mountain Stories will also unlock new gear for players to customise their characters.

Steep’s Standard and Gold Editions are now available for preorder.

Steep will be available on December 2nd on Xbox One, Playstation 4 and Windows PC.