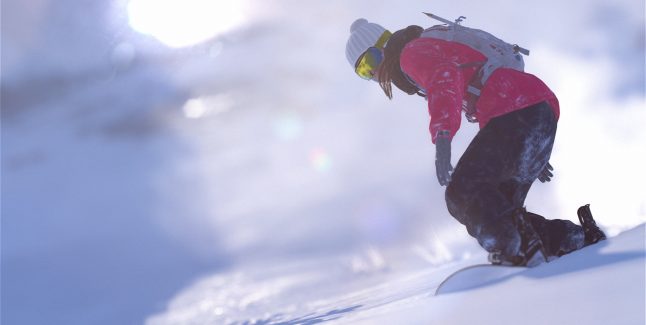 Ubisoft announced that Steep will have two Beta phases in November. An early access Beta will run between November 10th to 14th with an Open Beta available between November 18th to 21st on Xbox One, PlayStation 4 and Windows PC.

The beta phases will let players hit slopes of the Alps ahead of the Steep worldwide launch on December 2nd.

Access for the November 18th Open Beta will be available via digital download on consoles and PC for all players wanting to explore Steep’s massive open-world. Players looking to start snow season sooner can register their interest at steepgame.com before November 9th for the chance to get early access to the Beta.

These Beta phases will allow players to discover the diversity of Steep’s world by exploring, riding and completing dozens of challenges through three of the seven regions that compose Steep’s massive open world inspired by the Alps – the Aravis, the Tyrol and the Needles. Players will also find nine Mountain Stories – narrative-based contests that will delve deeper into unique moments in the world of Steep – throughout their journey. Completing these challenges and Mountain Stories will also unlock new gear for players to customise their characters.

With development led by Ubisoft Annecy, Steep drops players onto the peaks of mountains with exhilarating experiences that include skiing, wingsuiting, snowboarding and paragliding. These sports establish a never seen before freedom to explore the game’s open world, allowing players to choose the way they ride and play. Riders can traverse the Alps solo or drop in side-by-side with friends to record and share the most insane tricks ever captured on the slopes. Designed for a generation that’s all about sharing their experiences with the world, Steep encourages players to challenge their friends to see who truly comes out on top of the world.

For a chance to play during the first Beta phase, players can still register at steepgame.com.