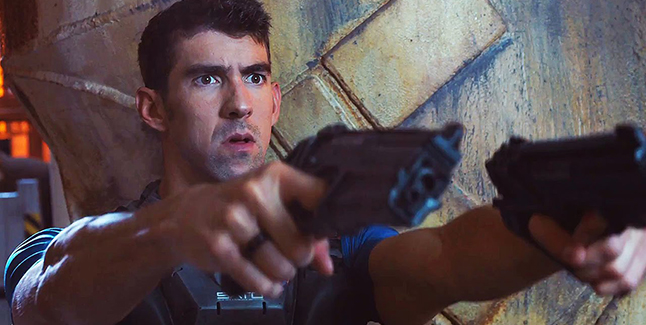 It’s that time of the year again when Activision releases live-action Call of Duty trailers for its upcoming game. This time, we get one for Call of Duty: Infinite Warfare that features Olympic swimming champion Michael Phelps and comedic actor Danny McBride.

The trailer opens on a fictional Earth where Europe leaves the EU and a debate moderator punches a presidential candidate in the face. One fed-up citizen says, “Screw this, let’s go to space,” and blasts off in a rocket. Lots of shooty-bang-bang happens and then Phelps and McBride show up.

“Boom! This is my pool, sea monkey!” McBride bellows at Phelps. The 23-time Olympic gold medallist is not impressed.

Call of Duty: Infinite Warfare releases November 4 on PS4, Xbox One, and PC.