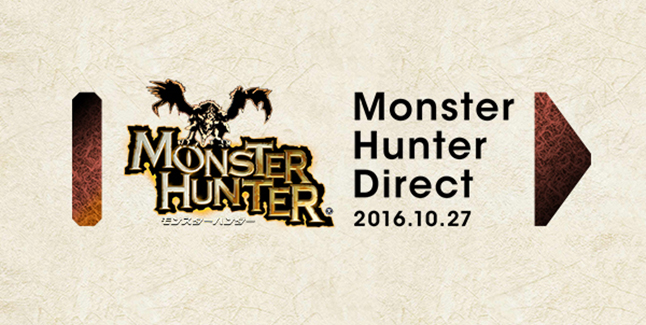 Nintendo of Japan will host a Monster Hunter-focused Nintendo Direct broadcast on October 27 at 20:00 JST, the company announced. You’ll be able to watch it live on YouTube.

The broadcast will be hosted by Monster Hunter series producer Ryozo Tsujimoto and feature the latest information concerning the series.

Nintendo notes that the broadcast will not feature any new information concerning Nintendo Switch or its smartphone applications.

Capcom has a still-unannounced Monster Hunter title that is due out in Japan by March 2017. Perhaps we’ll finally see an announcement?