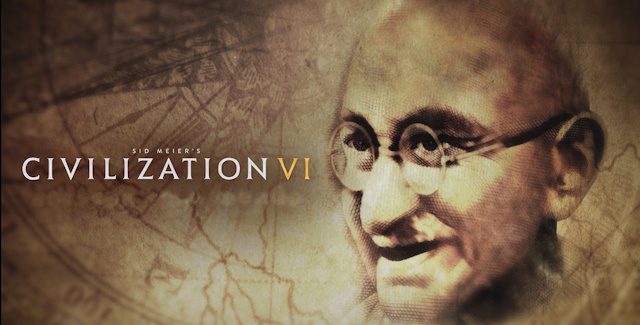 Here we will show you how to unlock all Civilization 6 codes with a cheats list that’s valid for the PC & Mac versions (where available).

How to reveal the entire map: Go to your computer username’s My Documents\My Games\Sid Meier’s Civilization VI\ folder and edit the config.ini file to change “DebugPanel = 0” to “DebugPanel = 1”. Then hit the ~ (that symbol is a tilde) key while in-game to bring up the command console and select Reveal All.

In Civilization VI, until you explore the world, the map is hidden in the “fog of war.” The fog of war is represented by the blank parchment that covers much of the world at the start of the game. As you move units around, the fog of war will pull back, revealing more of the world. Once you have uncovered the fog of war from a tile, it does not come back.

This cheat is untested. Please comment if you’ve discovered any new cheats.

The mouse is used in two ways:

Here are some of the most important shortcut keys. The In-Game Action is followed by the Hotkey to press.

• You can bring up the Steam Overlay when in-game by pressing Shift + Tab.
• After you’ve enjoyed the game’s opening animation sequence once or enough times, you can press SPACE BAR to skip it.
• To save a game, press on the ESC key or click on the “Game Menu” button on the upper-right of the main game screen, and then click on “Save Game” to create a new save game file.
• One other save/load option is available to you: “Quick Save,” which is especially useful when you’re in a hurry. Press F5 to “Quick Save” your game. The game is then saved without requiring any further input from you. Only one game can be quick-saved at a time: any future quick saves will overwrite the current one.
• Press F6 to load the current quick-saved game.
• The Tech Tree can be reached from the Choose Research menu or by pressing the T hotkey. It displays all obtainable technologies and how they each intertwine.
• The Civics Tree can be reached from the Choose Civic menu or by pressing the C hotkey. It displays all obtainable Civics and how they intertwine.
• The Civilopedia is an in-game knowledge resource for Civilization VI. You can reach it by pressing the “?” icon while in game.

Civilization VI is ready to turn the 4x strategy genre on its head once again. Choose a faction, lead your people through history and dominate the globe. Curious about what’s different about this game and what it has to offer? Here’s everything you need to know.

• Pre-order the game to get the Aztec Civilization Pack as a Pre-Order Bonus. Luckily this only an exclusive pre-order item for 90 days, after which the content will be made available for free to all owners of the game.
• Get the game’s 25th Anniversary Edition to receive Bonus Digital Content that includes the 25th Anniversary Digital Soundtrack and access to four post-launch DLC packs that will add new maps, scenarios, civilizations and leaders for a bundled discount.

There are no other Civilization 6 cheats on Mac & PC yet. So until more are discovered, we made the handy Civilization 6 guides listed above to help you with tips and tricks for the game!

Do you know of any Civilization 6 cheats or unlockables?
Let us know in the comments, you’ll get credit for finding out. – Thanks for visiting!