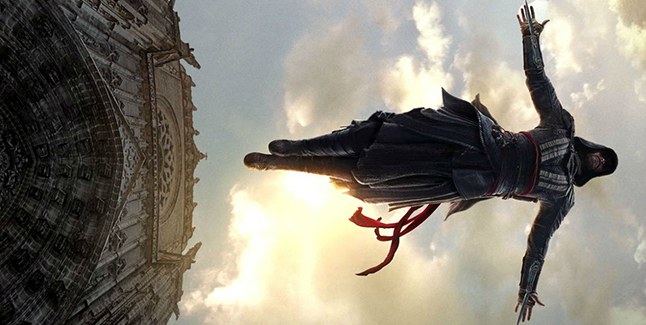 “Welcome to the Spanish Inquisition,” he’s told on an operating table by a mysterious woman in a white robe, played by Marion Cotillard. The movie’s story centers on Lynch being forced to have his genetic memories unlocked and experience the adventures of his ancestor in 15th Century Spain as part of a secret society — The Assassins — which opposes the Templars.

Have a look at the new poster for the film: 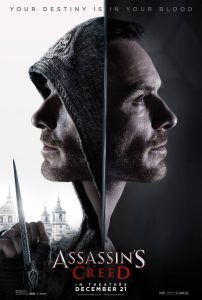 The film is directed by Justin Kurzel and produced by New Regency, Ubisoft Motion Pictures, DMC Films and Kennedy/Marshall. It’s based on the popular nine-year-old video game franchise.

Assassin’s Creed will be released in theaters December 21.