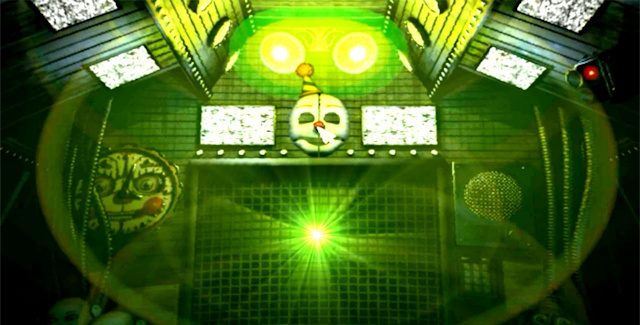 Let’s take a look at some funny Five Nights at Freddy’s: Sister Location easter eggs! They can be found if you know where to look! 🙂

Easter eggs have been confirmed for Five Nights at Freddy’s: Sister Location. Watch footage of them all below.

Location: This Baby Minigame gets unlocked after you finish Night 4 and get the first bad ending where you get scooped by Baby. Afterwards, you can select a 2D Platformer Minigame from the Main Menu. Take these steps to access it: Select the ‘Extras’ menu from the Main Menu and scrolling down to ‘Blueprints’. But don’t select it, instead wait until the pink Baby pixelart icon randomly appears in the bottom-left side of the menu screen. Then click on that icon during the few seconds it appears at a time to start the Minigame.

Find out how to make the Minigame starting icon appear by going to the Extras menu:

One of the secret minigames starring Baby is a 2D Platformer, take a look.

Follow the below video guide’s route to feed cupcakes to all the kids in the 2D platformer Minigame, which will reward you with an icecream cone at the end of the level that you need to take back to the start of the level and put on the ground there. Successfully completing this Secret Baby Minigame will give you a Keycard for Night 5, so start it up and go into Funtime Foxy’s gallery (to repair Baby & type in the keycode) but instead of following Baby’s voice to the scooper room, head out and hold W, then hold D and look Right. Now you can get to the private room.

This will open up a Five Nights at Freddy’s (FNAF 1) Test Location with a hidden Animatronic that leads to a secret ending!

Tip: To permanently turn on the 3 TV screens in this Test Location, go to the keypad on the wall left of the Baby “Celebration” poster and type in the following code: 1983

Location: In one of the game’s hub rooms (the green lit room) you can make random sounds show up by pressing on the animatronic faces and buttons in front of you.

Find out how to make the sounds audible.

Have you found any Five Nights at Freddy’s: Sister Location easter eggs?