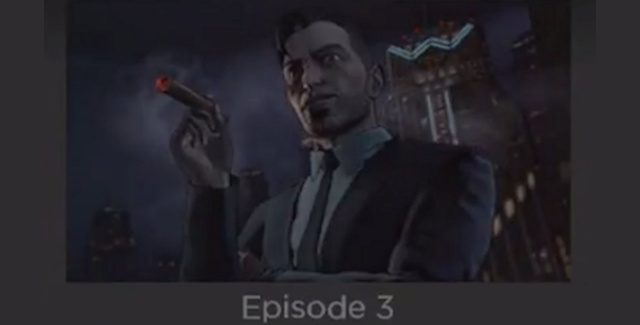 What is the Batman: The Telltale Series Episode 3 release date? Telltale Games has promised that on average with their episodic games you can expect a new downloadable episode every 5 to 8 weeks. As such, it’s expected that Episode 3 (titled “New World Order”) is arriving October 25th, 2016 worldwide on PC, Mac, PS4 & Xbox One! With Mobile, PS3 & Xbox 360 versions following later on.

Episode 3 Synopsis:
“Selina Kyle (as Catwoman): You may have saved me, but this isn’t over. You don’t know these people, Bruce.
Vicki Vale: Authorities are scrambling. The so called Children of Arkham have the city in a frenzy, but there’s still no sign of their masked leader. With Hill and Falcone dead by their hands, the question on everyone’s lips is… who’s next?
Harvey Dent: After that news about your father sending innocent people to Arkham… the whole city wants your head on a pike.
Wayne Enterprises Female Chairman: The Waynes have always run this company. But now… They want to decide what your future at this company will be.
Vicki Vale: Do you really think Bruce Wayne is worth protecting?
Bruce Wayne (as Batman): *stares angrily at her in silence*
Bruce Wayne: What do you want from me?
Selina Kyle: You know what I want. *kiss kiss kiss*
Jason Spisak (as Oswald Cobblepot): No more hiding. Not for anyone.
Cobblepot Henchman: Don’t worry. Bruce Wayne’s finally going to get what’s coming to him.
Alfred Pennyworth: Bruce. BRUCE!”

The Episode 3 chapter names hint at what events to expect:
• Chapter 1: State of the Union
• Chapter 2: A Man Unhinged
• Chapter 3: Hostile Takeover
• Chapter 4: Off the Rails
• Chapter 5: Third Wheel
• Chapter 6: The Best of Us

October 12 Update: Telltale has confirmed the Episode 3 release date for October 25th, 2016! Which is a few weeks sooner than expected.

To quote the press release: “We can announce that Batman – The Telltale Series Episode 3: ‘New World Order’ will be arriving starting October 25th, AND we’ve got an exclusive sneak peek at the episode for you in the latest installment of BATMAN: Unmasked!

In Episode 3, Penguin’s brutal attack broadcast on live TV has left Gotham City reeling. As Bruce and Batman, you’ll dig deeper into the web of intrigue surrounding the newly revealed Children of Arkham. Meanwhile, behind closed doors, the mysterious Selina Kyle reveals more of herself to Bruce. And in the aftermath of the attack, Bruce’s friend and Gotham’s new mayor, Harvey Dent, is a deeply changed man. Who can be trusted when the future of Bruce Wayne – and the Batman – could be determined by the flip of a coin?

What’s in store for the latest episode of BATMAN: Unmasked? Host Greg Miller of kindafunny.com sits down with Batman – The Telltale Series writer James Windeler, director Jon Stauder and Harvey Dent himself Travis Willingham for all sorts of Bat-talk. They delve deep into the events of Episode 2: ‘Children of Arkham’, discuss the rewarding challenges of bringing the complex character of Harvey Dent to life, get a sneak peek at what’s to come in Episode 3: ‘New World Order’, as well as share theories on where the story could go as the series progresses.”

Future Updates: This section is reserved for future updates like the Episode 3 launch trailer.