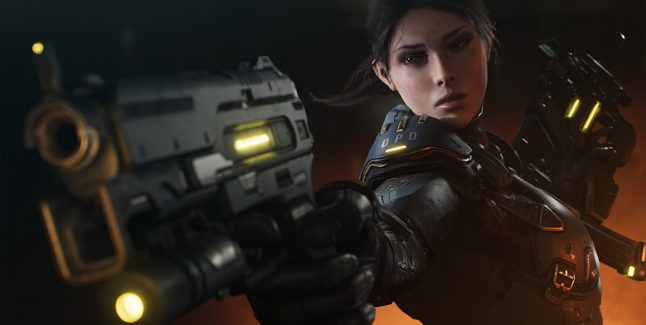 Bring justice to the battlefield as Lt. Belica, the new Burst Caster Hero in Paragon.

Epic Games Blog: We’d like to introduce you to the latest Hero. We call this Burst Caster … Lt. Belica. She’s locks down lanes and eliminates those who attempt to challenge the law. You’ll be able to play Lt. Belica as part of our update on Tuesday, September 13.

Lt. Belica is a Burst Caster (Energy Damage; Order, Intellect) who specializes in zoning enemy heroes and mana control. Her Void Bomb ability allows her to burst damage in an area after a short delay and restores mana for each enemy hit. Her Seismic Assault provides her a line skillshot that deals damage and knocks up enemies. She can control a large area with Void Drone which drains mana per second from enemy Heroes standing in the area of effect, as well as zapping them for damage when they cast an ability. Belica’s Ultimate, Neural Disruptor, allows her to capitalize on low enemy mana by dealing a damage nuke based on their missing mana to finish the fight!

As always, all Heroes in Paragon are free, so jump in as Lt. Belica on Tuesday. If you can’t wait to get your Paragon fix, you don’t have to – Paragon is in Free Open Beta, so you can download and play today.