Nintendo has announced Super Mario Maker for Nintendo 3DS. It is due out on December 1 in Japan, and December 2 in North America and Europe.

The game comes with 100 original courses from Nintendo, which contain “Medal Objectives” that range from collecting every coin to defeating all enemies before reaching the goal. You can also go online to play courses made using the Wii U version, though not every course created in the Wii U version will be compatible with the 3DS release. You won’t be able to search by course ID, but you will be able to enjoy the 100 Mario Challenge and Recommended Courses, as well. 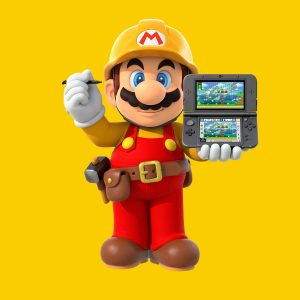 As for course creation, the 3DS version includes every tool and part available in the Wii U version, save for the Mystery Mushroom and his associated Mario costumes, which are exclusive to the Wii U release.

You won’t be able to upload courses online in the 3DS version, but you will be able to share them via Local Play and StreetPass. You can also share incomplete courses via local wireless to team up and complete courses with other players.