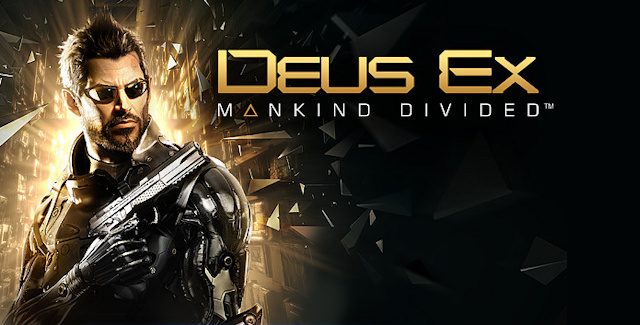 Our Deus Ex: Mankind Divided walkthrough will guide you through the beginning to ending moments of gameplay with strategy tips for this action-RPG stealth-FPS game on the PS4, Xbox One & PC.

Please note that viewers must be at least 18 to watch, so no harm comes to those with innocent eyes. This game includes Blood, Drug Reference, Intense Violence, Partial Nudity, Sexual Themes, Strong Language, Use of Alcohol.

Deus Ex: Mankind Divided directly follows the aftermath of the Aug Incident, a day when mechanically augmented citizens all over the world were stripped of control over their minds and bodies, resulting in the deaths of millions of innocents. The year is now 2029, and the golden era of augmentations is over. Mechanically augmented humans have been deemed outcasts and segregated from the rest of society. Crime and acts of terror serve as a thin veil to cover up an overarching conspiracy aimed at controlling the future of mankind.

Now an experienced covert operative, Adam Jensen is forced to operate in a world that has grown to despise his kind. Armed with a new arsenal of state-of-the-art weapons and augmentations, he must choose the right approach, along with who to trust, in order to unravel a vast worldwide conspiracy.

Introduction: The Story So Far

The story recap for the 2011 Deus Ex: Human Revolution game with narration by Elias Toufexis, the voice actor for Adam Jensen. Catch up on the story of Deus Ex in preparation for Deus Ex: Mankind Divided, which takes place 2 years later.

XCV will be your pro player guide showing you around the game’s areas.

Mission 1 Description: “Six months ago, I started working for Task Force 29, Interpol’s newly formed anti-terrorism unit. Early this morning, a tip from an undercover agent sent me and the team racing to Dubai, where a black-market arms deal is going down. Our mission: Disrupt the party.”

Mission 2 Description: The second mission begins as Adam Jensen arrives at the train station in Prague, where the rest of the game takes place. Adam meets a shadowy agent before things go bad, and wakes up later with some augmentation problems.

Side Mission 0 Description: “There are things worth learning about any new street drug, especially one that’s getting as popular as “Neon”. What is it exactly? Who controls it? How does it affect the people around me? I’ve heard enough to know that it’s flooding the streets of Prague, drowning its addicts in color. But the only way to find out everything I can about Neon – to ultimately do what’s right – is to keep digging.”

Adam uncovers a drug ring for a new type of substance called “Neon”. After he finds the Neon drug lab he must shut it down.

Side Mission 1: The Golden Ticket

Side Mission 1 Description: “It’s getting harder for Augs to move around this city. I’ve seen checkpoints before, but never quite like this one Drahomir’s got going. He whispers promises to augmented people in need of document, tells them that everything’s going to be just fine – as long as you keep quiet and pay the price.”

Part 2 of Side Mission 1: As Adam runs into a phony police checkpoint where a man is extorting augs for fake passes. Adam shuts down the checkpoint, and tries to help two augs get their passes.